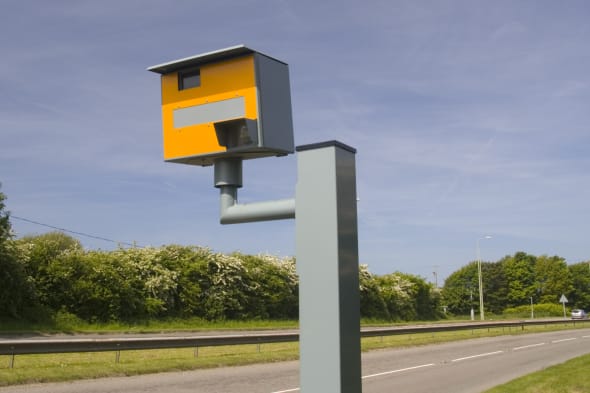 Following changes in camera technology, drivers could now be facing fines and penalty points for driving even marginally over the speed limit.

When speeds are captured, there is usually a small margin of error coming from the accuracy of the detection equipment. This would give motorists a leeway of around 10 per cent, meaning that a motorist travelling in a 40mph zone wouldn't be stopped if they travelled up to 44mph, though of course this would be down to the discretion of the officer.
With the technological advancement in speed capturing equipment, though this could become a thing of the past. With officers able to calculate the exact speed at which a motorist is travelling, they will now be able to issue fines to people travelling just one mph over the speed limit.

With police in Scotland getting rid of the discretionary manner in which speed offences are issued, this could become more of a nationwide initiative. Drivers in Scotland are now issued warnings for being caught travelling just marginally over the speed limit, with the older discretionary way of dealing with speeding being scrapped entirely.

According to the Nottingham Post, a spokesman for the National Police Chiefs' Council said on the matter: "If you are over the limit, you are breaking the law and technology makes it easier to pinpoint exact speeds."

Motorists hoping to be spared a penalty or fine by taking into account the traditional leeway will be left without a leg to stand on should the new measures come into effect across the country. Given the ever-increasing accuracy of speed recording equipment, speed limits could be even more specifically enforced.
Tags
Read Full Story Click here to comment