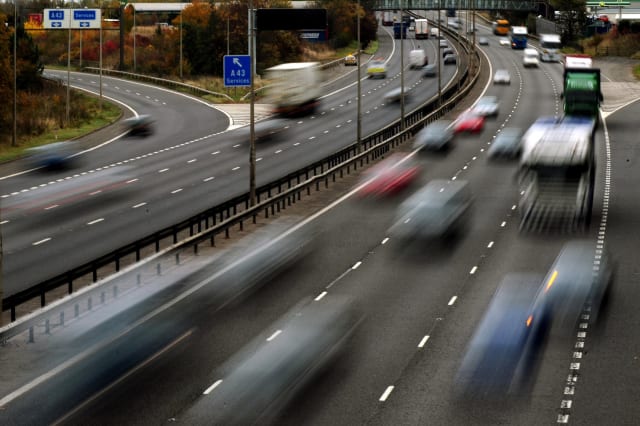 Nearly nine in 10 motorists believe that a planned tax hike which will push up the cost of their policies is "unfair" and will encourage uninsured driving, according to research by the AA.

Chancellor George Osborne is being urged by the AA to think again about his announcement in the recent Budget that the insurance premium tax (IPT) will be increased from 6% to 9.5% from November.

Nearly 30,000 drivers responded to the AA-Populus study - and almost nine out of 10 (87%) motorists believe that the tax is unfair and that it will encourage some drivers to attempt to drive without insurance, while 11% considered the increase to be justified.

The AA said it was informing the Treasury about its new research. The AA, which said the average annual cost of comprehensive car insurance has already jumped recently to around £549.46, has previously estimated that the tax hike will add an extra £18 to the cost of a typical car insurance policy.

%VIRTUAL-ArticleSidebar-motoring-guide%
Young drivers aged between 18 and 24 years old, who tend to pay the highest car insurance premiums, were particularly likely to see the tax hike as unfair, with 91% stating they felt this.

The jump recently seen in car insurance premiums for someone who shops around marks the first time that premiums have recorded a significant quarterly increase since winter 2011, AA Insurance has said.

"That premiums have been falling seems to be the Chancellor's justification for the tax increase but he is wrong. His timing couldn't have been worse; not only are premiums starting to rise but the tax can only lead to even greater premium increases than could otherwise be expected over coming months."

Ms Connor continued: "There is no justification for this underhand and unfair tax increase.

"We strongly urge the Chancellor to reconsider. I hope he doesn't just take note of our findings but acts on them."

Graeme Trudgill, executive director of the British Insurance Brokers' Association, said: "Insurance has been seen as a special case in terms of taxation as it is a social good - enabling people to protect themselves and their assets, alleviating the burden on the state."

He said that margins in the insurance industry are "tighter than they have ever been", and the tax hike will result in higher premiums for the public, including the 20.1 million households with contents insurance, 19.6 million with motor insurance and 17 million with buildings insurance.

Mr Trudgill continued: "Young drivers are the most over-represented age group for uninsured driving and increasing the cost of their motor insurance further is likely to increase the level of uninsured driving, which we are aware has now started to deteriorate.

"The increase completely undermines the constructive work that the industry and government have done in the past few years to tackle fraud - particularly with regard to whiplash claims - which previously saw premiums soar."

A Treasury spokeswoman said: "This government has taken real action to bring down the price of premiums for insurance customers: As the Chancellor said at Budget we will cap the charges that claims management companies can apply to their customers and launch a review in the Autumn to look at whether more can be done to give the regulators stronger powers and more resources to protect customers from abuse.

"Insurance premium tax is paid by companies, not individuals, so it is up to them whether they pass costs on to consumers. However, even if they did pass on the whole increase the average motorist's total costs would only increase by 30p a week. With insurance premium tax low by international comparisons, and only 20% of premiums affected, the government's approach for taxing insurers is sustainable, stable and fair."