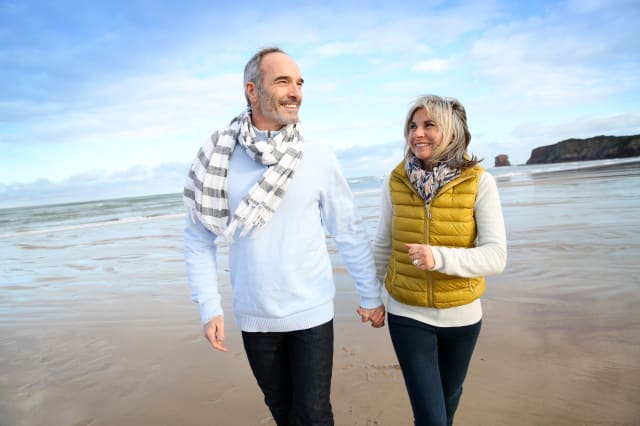 A new study from RIAS reveals that over-50s spend over £2 billion a year more on holidays than younger adults instead of buying other luxuries.

More than half (57%) have more disposable income now that their children have 'flown the nest'.

However, they only spend about £3,830 per person per year on non-essentials like nights out, restaurants and new gadgets. Younger people spend an average of £5,888 a year on these luxuries, creating a generation spending gap of £71.5 billion among all UK adults.

By contrast, those in their 20s spend an average of £478 a year. This is partly down to less disposable income thanks to an annual luxury spend of £6,497.

People in their 30s are the biggest spenders overall, with 38% describing themselves as spenders rather than savers. According to the most recent figures from the Office for National Statistics, this group is also the most likely to be supporting a young family. The average age of new mothers in the UK hit 30 years old for the first time last year.

%VIRTUAL-ArticleSidebar-retirement-stories%
How to minimise fees overseas

Research also found that 19% of the over 50s used their credit cards abroad over other forms of getting cash, which could lead to major fees when they land back on home soil.

The good news is that there are a few that charge little or no fee at all, although you will need a current account with either Metro Bank (free to use in Europe only), Norwich & Peterborough Building Society or Cumberland Building Society.

For those that want to stick to a credit card, they'll get extra protection under Section 75 of the Consumer Credit Act. This allows you to claim compensation from the merchant or your credit card provider of something that you've bought on your travels is damaged or faulty.

You'll also have better protection if it is fraudulently used.

The Post Office Platinum credit card, Halifax Clarity card, Saga Platinum card (over 50s only) and aqua Advance card don't charge fees, but you must pay off your balance in full or you'll be charged interest.

If you're going to be taking your debit or credit card with you, make sure you tell your bank you're going away in advance. It might block your card if it detects unusual activity.

Alternatively, you could opt for a prepaid card which you can take instead of your other plastic.

You can put on as much as you need before you go and if you run out, you can top up over the phone or online. You won't be charged to for cash withdrawals or foreign transaction fees either.

However, you're likely to be charged for using to for other currencies that the card wasn't intended for as well as card cancellation fees.

Rise of the British pensioner millionaire?

Expert view: investing for the next 10 years​