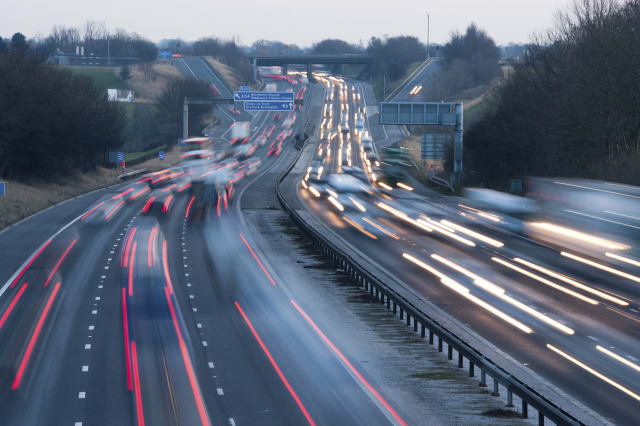 The cost of motor insurance is being pushed up by a fresh wave of claims for personal injury such as whiplash, according to the Association of British Insurers (ABI).

The average price paid by motorists for an annual comprehensive motor insurance policy increased by 2% in the second quarter of 2015 compared with the previous quarter, according to the ABI's figures.

Its tracker showed an average premium of £367 for the three months of April, May and June. A year ago, the typical cost of cover was £356.

The body said data shows that the number of personal injury claims related to road accidents was 12% higher for the year ending April 2015 compared with the previous 12 months.

%VIRTUAL-ArticleSidebar-motoring-guide%
Average premiums remain lower than the typical cost of £377 in the second quarter of 2013, when reforms to the civil justice system were introduced by the Government, including a reduction in fixed legal fees for personal injury claims. Since those reforms were introduced, insurers have passed £1.1 billion of savings onto motorists, the ABI said.

Rob Cummings, the ABI's manager for general insurance, said: "Motorists have seen a solid two years of lower insurance premiums as a result of market trends and in the wake of the Government's reforms to tackle frivolous personal injury claims, and over a billion pounds' worth of savings have been passed on to customers.

"With pressure on premiums increasing however, it's important the Government continues its work to tackle the compensation culture and attack the high cost and number of whiplash claims.

"With this in mind, we welcome the Government's announcement of a review of the activities of claims management companies in the last Budget."

The AA recently warned that the days of cheap car insurance premiums are over, and further rises are "inevitable", after an insurance index it runs also found that the cost of car insurance has jumped in recent months.

Last month, insurers said that millions of customers will face higher costs for cover after a hike in taxes charged on insurance products.

Chancellor George Osborne's summer Budget revealed that insurance premium tax will be increased from 6% to 9.5% from November.

Mr Cummings continued: "UK drivers benefit from one of the most competitive motor insurance markets in the world. But with pressure on claims costs and an increase in insurance premium tax adding an additional £12.80 to the cost of the average policy from November, other factors are starting to put up costs.