Jaguar F-Pace put to the test in extreme conditions 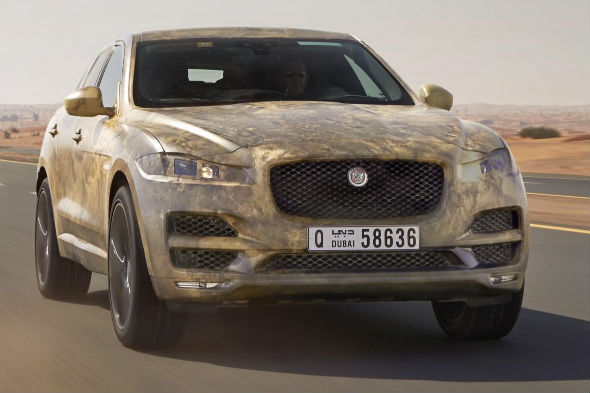 Car manufacturers spend months attempting to destroy their prototypes in some of the most inhospitable terrain imaginable. All so families in Droitwich Spa can be confident that the air conditioning will keep them cool on balmy August days and that the engine will fire up on frosty -2 mornings.
The latest car to undergo Jaguar Land Rover's barrage of tests is the upcoming F-Pace luxury off-roader. As a car with 4x4 pretensions, however, the F-Pace faces even tougher tests, having to cope with both snowy, icy roads and deserts. The company's latest model is currently being put to the test in conditions from -40°C to +50°C to make sure it can cope with the treatment owners are likely to throw its way.

During testing, F-Pace prototypes have traipsed through the searing heat and dust of Dubai one day and the frozen wastelands of northern Sweden the next. Showing the different priorities of this latest Jaguar, this F-Pace is also the first Jag to find itself put up against gravelled mountain passes.

While in Sweden, the F-Pace has been tested on 60km of purpose-built handling tracks, mountain climbs, 'split-friction' straights and off-road sections to make sure the all-wheel drive system is well calibrated. Meanwhile, testing in Dubai sees the cars subjected to 50 degree heat, with temperatures in the cabin rising to around 70 degrees – perfect for testing air conditioning systems and making sure touchscreen media systems can survive heat and humidity.