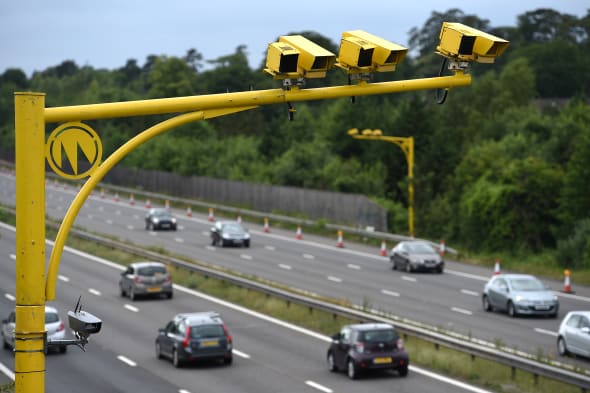 Drivers getting annoyed by speed cameras is nothing new. In the past cameras have often been carefully placed to make them hard to spot - hidden behind road signs or convenient trees. However, it turns out that drivers clocking up high mileages are far more dismissive of speed cameras than those who spend less time in their vehicles.

Research carried out by the Institute of Advanced Motorists (IAM) has revealed that many high mileage drivers describe the yellow boxes as simply a "money making tool". To find out why that was, the IAM felt that the "time was right" to commission a report on the views of the drivers who spend long hours driving up and down UK roads.
According to Motoring Research, 60 per cent of those questioned believe there were other reasons why speed cameras had been installed, rather than to prevent incidents.

Similarly, when asked if they felt it was acceptable to place speed cameras at the side of the road to identify vehicles breaking the speed limit, 28 per cent of high mileage drivers said that this is unacceptable. On the other hand, just 18 per cent of average and low-mile drivers felt that this wasn't acceptable.

With 6,000 cameras installed across the UK, more than half of drivers question their relevance, this research found.

What are your views on speed cameras? Let us know in the comments below.
Tags
Read Full Story Click here to comment