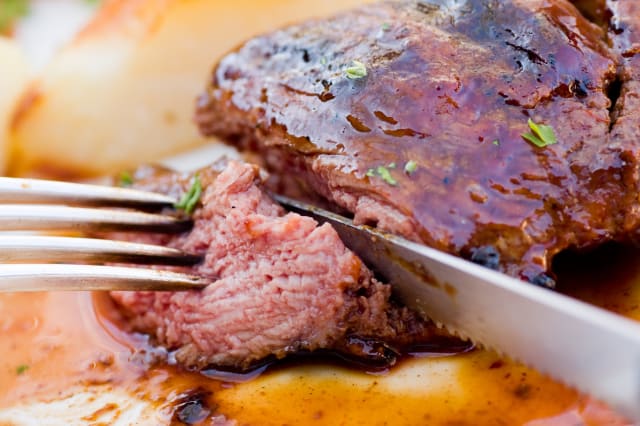 Two French restaurant chains are at loggerheads over their 'secret' sauce recipes for their signature dishes. The 50-year-old restaurant chain L'Entrecôte serves just one dish - steak frites (or steak and chips), which comes with a sauce made from a recipe that has been handed down for generations, and is a closely guarded secret. Five years ago, another restaurant chain, Bistro Regent, arrived - serving a very similar sauce.

Bistro Regent says it has improved on the famous sauce, which is now very different, but L'Entrecôte has filed a lawsuit against the restaurant, claiming its use of the sauce, and rapid growth, has damaged the potential growth of their own business.
%VIRTUAL-ArticleSidebar-food-guide%
Secret recipe

It goes to show how tricky secret recipes can be for a business. KFC goes to real lengths to keep its secrets under wraps, by using two manufacturers to produce half the famous spice mix each. The company claims that the original recipe - with all 11 of the secret herbs and spices - is locked in a vault inside the company's headquarters.

Despite these measures, it had a scare in 2001, when a couple claimed to have found a recipe book belonging to the chain's founder - with the original recipe. The chain was prepared to go to court to protect the recipe, but dropped the action when it discovered that the recipes didn't match.

More recently, companies have been persuaded to reveal their secrets by consumers demanding transparency. In 2011 Taco Bell was taken to court over its 'secret recipe' for the mince in its tacos. To prove how much meat the tacos contained, the company revealed its secret (which for the record included 88% beef, 3% water, 4% spices and flavours, and 5% made up of a variety of other things to improve the texture and flavour - including oats, and caramelised sugar).

For years McDonalds kept its 'special sauce' ingredients a closely-guarded secret. Then, in a shock move in 2012, Chief Executive Dan Coudreaut revealed all. It was said to be part of the chain's drive to demonstrate there was nothing particularly unhealthy hidden in their food. Apparently the sauce is a combination of mayonnaise, sweet pickle relish, American mustard, white wine vinegar, garlic powder, onion powder and paprika.

Food and drink on AOL Money

When Selfridges is is cheaper than Asda