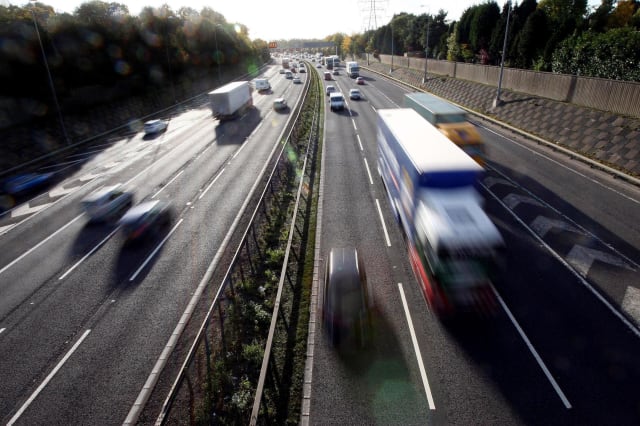 Car insurance premiums are pushing sharply upwards for the first time in three years - and further price hikes are "inevitable" - a report has warned.

The days of cheap motor insurance deals are over, the AA's British Insurance Premium Index said, adding that changes unveiled in the recent Budget are expected to add an extra £18 to the cost of a typical comprehensive car insurance policy.

The average quote on offer for a driver who shops around for comprehensive cover is now £549.46, marking a £27.34 or 5.2% increase over the three months to the end of June. During the previous year, the average cost of cover had hovered around the £520 mark.

The jump marks the first time that premiums have recorded a significant quarterly increase since winter 2011, AA Insurance said.

Young drivers are bearing the brunt of the increases, with people aged between 23 and 29 years old seeing a 6.2% jump in their average premiums, to reach £682.62.

Drivers aged 70 and over saw the lowest rise over the quarter, with a 3.8% increase taking their average premium cost to £392.13.

On a regional basis, drivers in the Border and Tyne-Tees and West Country areas saw the biggest jumps in their car insurance premiums over the three months to the end of June, both seeing a 6.4% increase, while drivers in Wales were the least affected, with a 3.9% rise. In Scotland, the average cost of cover has jumped by 4.4% over the past three months.

Premiums have been on a downward trend in recent years, in part due to a crackdown on bogus claims for injuries such as whiplash, which add around £50 to the cost of each car insurance policy bought.

Insurers have been battling to maintain their competitive edge to the point where this is no longer sustainable, and so premiums are starting to increase once more, AA Insurance said.

Last month, insurers warned that millions of customers will face higher costs for cover after a hike in taxes charged on insurance products.

Chancellor George Osborne's summer Budget revealed that insurance premium tax will be increased from 6% to 9.5% from November.

She said that while she had expected premiums to continue to increase over 2015, the increase in insurance premium tax is likely to mean a much sharper rise.

Ms Connor continued: "This stealth tax grab will add around £18 to the cost of a typical car insurance policy and it has come at a time when insurers have no capacity to absorb the cost and will have to pass it on."%VIRTUAL-ArticleSidebar-motoring-guide%

The AA's "shoparound" car insurance index is based on the five cheapest quotes that someone could be offered, using a combination of quotes direct from insurers, from brokers and from price comparison sites.

Ms Connor predicted that the rising cost of cover could mean that introductory offers dry up as insurers rethink their pricing.

A separate home insurance index from the AA also found that average quotes for both buildings and contents insurance policies have risen for the first time since 2012.

The cost of standalone buildings and contents policies each increased by 1.3% on the previous quarter. The average premium for a contents policy now stands at £61.18 while for buildings it is £108.15 for someone who shops around.

Car insurance for the over 50s​