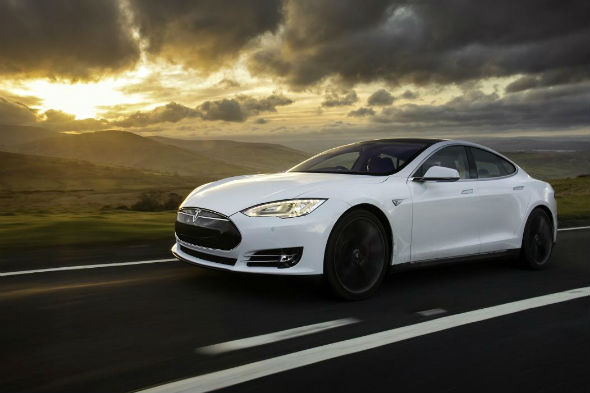 The Tesla Model S has never been a slouch, with even the most affordable version of this electric express rocketing to 60mph in a scant 5.5 seconds. Buyers who have opted for the range-topping P85D, meanwhile, can already blast through the benchmark sprint in an organ-squishing 3.1 seconds, courtesy of an "insane" mode.
This clearly isn't fast enough for the American company, however, which has just released a Ludicrous Speed Upgrade that sees the car able to slash that time to a hypercar-matching 2.8 seconds.

Clearly intent on giving gas guzzling supercar drivers endless headaches with ever more powerful models – and startling passengers along the way with brutal g-forces – Tesla has now released an upgrade to the Model S that sees it capable of now smashing silently through the quarter mile time in a mere 10.9 seconds. Regular autobahn users will also be pleased to hear that the updated Model S can sprint to 155mph 20 per cent faster than the standard car.

This latest upgrade is available to existing Tesla owners with an 85KkWh battery, but Tesla founder Elon Musk doesn't recommend it according to Stuff. We imagine those older models might simply tear themselves apart with the g-forces involved...Wait another year or so, though, and Tesla buyers should be able to choose from a raft of other battery options the Tesla boss has hinted.
Tags
Read Full Story Click here to comment