Original Batmobile from 1966 series up for grabs 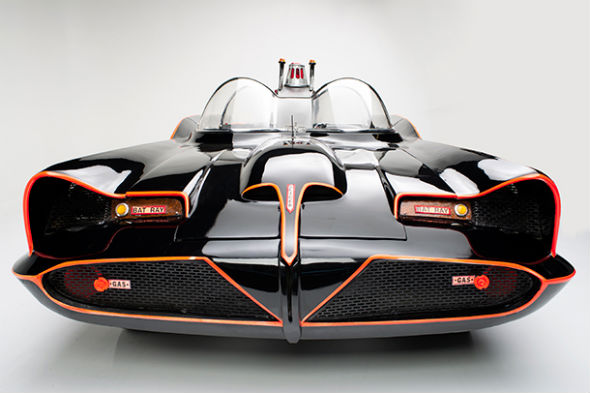 Vehicles don't come much more iconic than the original Batmobile. For decades children of all ages have ogled this black beauty which mixes muscular styling with plenty of firepower. And now it could be yours – provided you have a spare £3 million down the back of the sofa.
Batmobiles may have got bigger and more ferocious over the years, but none can match the sleek lines of the iconic original that starred in the 1960s series. Caped Crusader wannabes who want to get their hands on this 1955 Lincoln Futura-based machine will need to have deep pockets to purchase what is one of the most expensive film cars in history.

Helping to give this Batmobile true cult status is its hefty gadget count, which includes a handy Batphone, an essential Bat-Ray projector and a system that can automatically inflate the tyres – not bad for a creation that was put together over just three weeks in 1965, just ahead of filming for the TV series.

It's not the first time that the original Batmobile has commanded a multi-million pound price tag, after being bought at auction for £2.8 million in 2013 – a record for a film vehicle, tying with the Aston Martin DB5 which starred onscreen alongside a certain James Bond. Despite rocketing classic car prices, this Futura looks set to raise just a small amount more now than in 2013 – with estimates predicting a sale price of around £3 million.

Original Batmobile from 1966 series up for grabs
Up Next


Previous owner Rick Champagne, a logistics company owner in Arizona, said he grew up watching the Batman TV show. When asked what he was going to do with the car he joked: "I'm going to tear down a wall and put in my living room", reports the Daily Mail.

If you fancy a new bit of lounge furniture, head over to the Arizona-based Barrett-Jackson Collector Showroom with your credit card handy.
Tags
Read Full Story Click here to comment