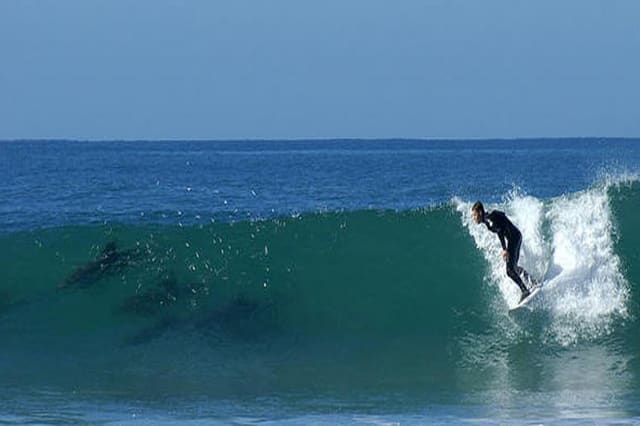 Surfers in South Africa were in for a shock when dolphins broke through the waves they were riding.

These images show the people-friendly animals lurking under the surface before eventually making their way into the open air.

The sardine run happens between May and July each year, when billions of the animals are born in the Agulhas Bank on the southern African continental shelf.

Dolphin trapped in seaweed 'thanks' kayakers after rescue​ 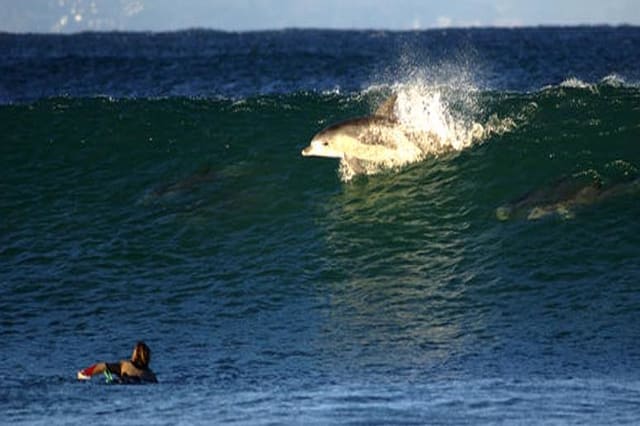 Jeffreys Bay, where the photographs were taken, is one of the best known surfing destinations in the world and even hosts the Billabong Pro ASP World Tour each year.

Photographer Robbie Irlam captured the images in the Eastern Cape and said: "Whilst shooting surfers down at the beach, I happened to notice a school of dolphins charging through the surf.

"They swam right between the guys in the water." 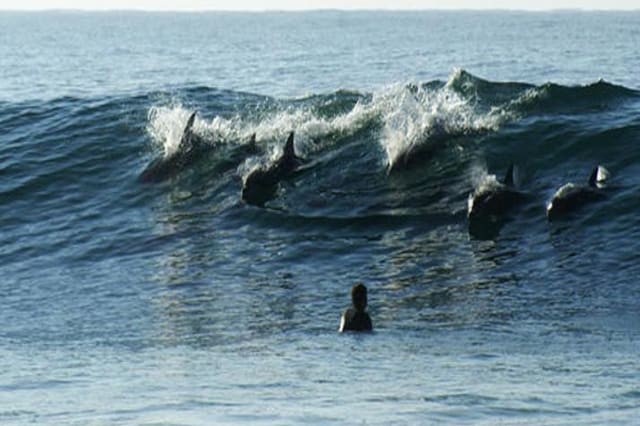 Irlam said because it was the right time of year for the sardine run, it's likely that the animals were looking for food.

The 62-year-old amateur photographer lives in Jeffreys Bay and took the surprising photos on June 27.

The retired cabinet-maker said: "I was pretty excited to be able to photograph these creatures as they move at speed and are not easy to photograph.

"The guys in the surf were as excited as I was."

Dolphins seen swimming alongside surfers in South Africa
Up Next