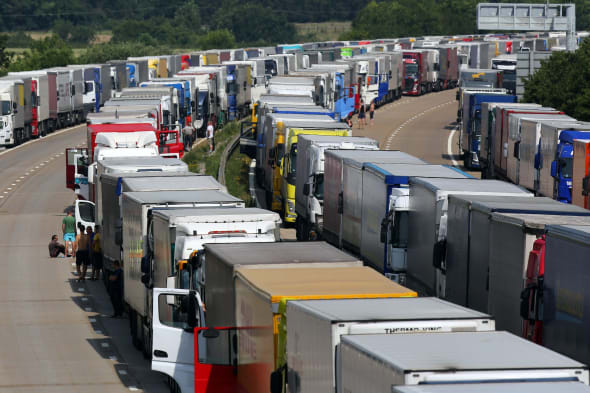 The Road Haulage Association (RHA) has warned that there will be fatalities around Calais if security isn't stepped up to protect lorry drivers from migrants in the French port.
Drivers of HGVs bound for the UK have already faced violence and intimidation from migrants desperate to make it to ports on the British side of the Channel after 3,000 people displaced from Syria, Eritrea and Afghanistan among other countries set up camp near the port, with reports that some drivers have been faced with metal bars, knives and even guns.

Consequently, French authorities are under attack for failing to protect those heading to the UK from Calais, with the RHA calling for the French military to be deployed to ensure the safety of those passing through the port.

Chief executive of the RHA Richard Burnett who has recently visited the port to see the issues facing truckers for himself, told the Press Association: "I think it's a desperate situation for truck drivers.

"They are intimidating, some of them have metal bars, knives and, in one incident, a gun was pointed at a trucker."

Explaining the severity of the issue, he added: "Somebody is going to get killed. I think things are beginning to boil over."
Tags
Read Full Story