Classic BMW M1 up for sale for $1 million 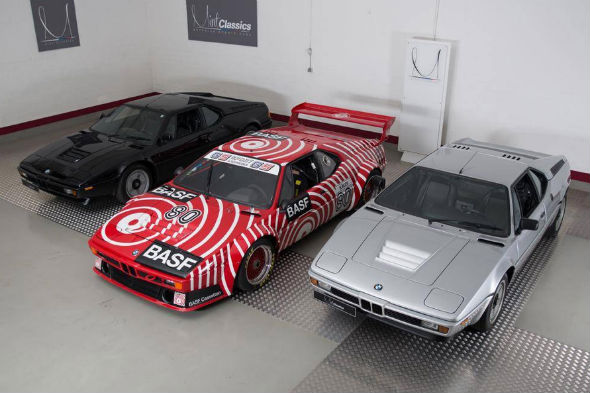 There are many cars that look a million dollars. There aren't so many cars – especially models dating back to 1981 – that will set you back a cool million (dollars), however.
But, this BMW M1 is one of them – almost – with a price tag weighing in at $965,000 (£618,000). Helping to bump up the price is the fact that its low key silver paintwork makes it one of just three to receive several coats of 'Polaris Silver' paint.

Considering that the other two consist of a prototype and a model made especially for none other than F1 supremo Bernie Ecclestone, we think the chance of bumping into a matching M1 is pretty slim.

The silver paint looks pristine, while the black leather trim and black exterior details – like the contrasting wing mirrors and retro rear windscreen slats – appear similarly immaculate. Garages often oversell decade-old classics, but we'd say that seller Mint Classics are pretty aptly titled with one of these on their forecourt.

Under the skin seems to be a similar story, with little amiss under the rear-mounted bonnet. Take a look at this tasty machine in the gallery below and let us know in the comments whether you'd stump up $1,000,000 to put this M1 on your drive.

Classic BMW M1 up for sale for $1 million
Up Next