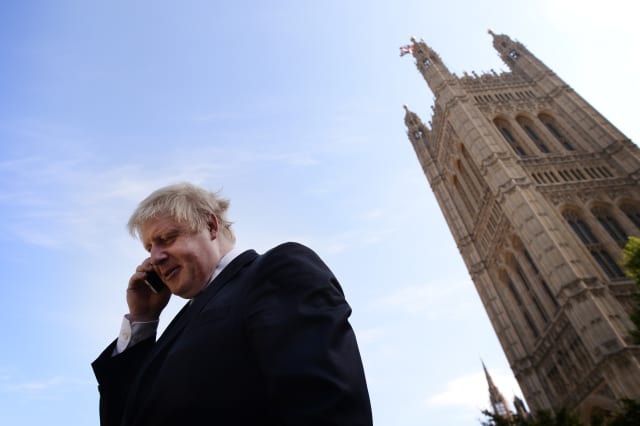 Boris Johnson has called on the Chancellor to cut the 45p top rate of tax to 40p ahead of this week's Budget.

The Tory MP said a reduced income tax rate for high earners could benefit "the millions who might be encouraged and incentivised to work harder".

But he added as a caveat that businesses should pay their workers the Living Wage before any reduction is made to the top rate.

Writing in the Daily Telegraph, the Mayor of London said: "Nigel Lawson has recently argued that the top rate should go back down to 40p, and many Conservatives agree. I am among them.

"But there is a very serious problem, and we would need to sort it out before any such top rate tax cut could go ahead. That problem is fairness, and how such a cut would be seen by the wider population."

It was "outrageous" large companies were not increasing wages, he said, accusing them of allowing the welfare system to "subsidise low pay".

He claimed £11 billion of the £76 billion paid in in-work benefits was handed out to retail workers and criticised boardrooms which paid executives "very large sums".

"And as for low pay, it isn't a function of market forces. It's being propped up by the taxpayer. That needs to end. And that means business has got to start paying people a wage they can live on."

Last week shadow chancellor Chris Leslie said it would be "an act of gross irresponsibility and unfairness" for the Government to press ahead with a rumoured cut in the 45p rate for those who earned more than £150,000.

Mr Osborne yesterday indicated he is not planning to cut the top rate in the Budget, saying his priority is reducing taxes for lower and middle income earners.

Some businesses have already adopted the Living Wage of £7.85 an hour (£9.15 in London), rather than the adult national minimum wage of £6.50.