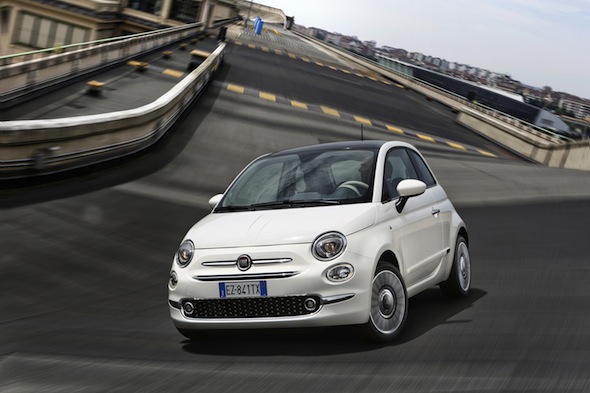 Fiat has updated its popular 500 supermini for the 2016 model year.
While it's being touted as an 'all-new' model, you'd be hard pressed to tell the difference, as the styling has only been mildly altered, with new LED daytime running lights and a revised grille design. At the back there are new light clusters, while the reversing and fog lights have been relocated.

Fiat has extended the customisation options available on the outgoing model to include full body wraps, which the company is dubbing 'Second Skin'. It will allow buyers to entirely cover their car in vibrant patterns from army camouflage to tartan patterns. New alloy wheel designs and a wider choice of standard colours further enhance the opportunity for individualism.

The entire engine range has been tweaked to improve fuel economy and emissions and includes the same 0.9-litre TwinAir unit (in 84bhp and 104bhp guises) as before, but is now capable of 74.3mpg. It is joined by a 94bhp 1.3-litre diesel and a 68bhp naturally aspirated 1.2-litre petrol, though both are yet to be confirmed for the UK market. All engines in the range now produce less than 100g/km, meaning road tax exemption under the current rules.

Fiat 500 updated with new tech
Up Next

1,500 ventilators a week to roll off production lines by May, say manufacturers