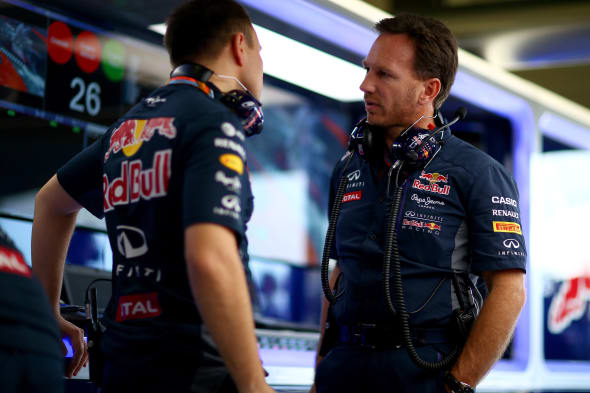 Red Bull chief Christian Horner may expect his team to trail Mercedes and Ferrari in this weekend's British Grand Prix, but racing is set to become much closer as changes to the rules and format of F1 are introduced over the next few years.

We spoke to Horner ahead of the Silverstone Grand Prix to find out what we can expect from the sport and the Red Bull team – and its drivers – in future.
How do you think Red Bull will perform this weekend?

I can bullshit you and say, "yes, we'll win it easy", but Mercedes and probably Ferrari are too strong. But of course, anything can happen. It's motor racing.

And what do you need in order to win?

In September in Singapore are you going to have upgraded parts?

The engine today isn't the same specification as the first race but I think for those questions you need to ask Renault, because it moves around a little bit.

Do you think Ricciardo can win the title?

Yes. Once we manage to sort the power unit, then he has all the qualities to be able to win a world championship. We saw that last year, how he drove with Sebastian Vettel. He's a great driver who's still getting stronger.

What about the new rules, the strategy? What do you want to change?

I think it's important that we continue to evolve Formula One and the cars become more dramatic, faster and harder to drive. And that Formula One remains the very pinnacle of motorsport and not only technologically but from a show perspective. I don't mind what the engine is, as long as it creates a great noise and lots of power. 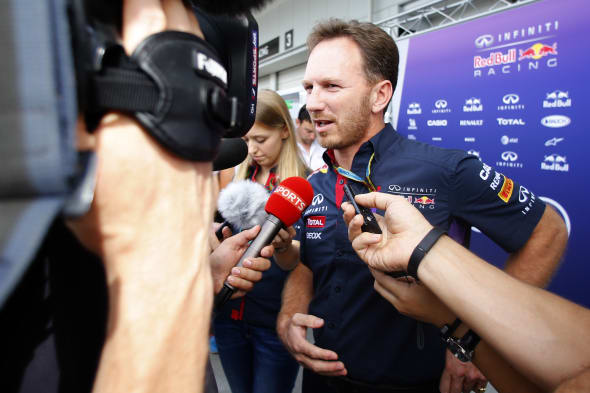 Do you think that making the racing more tricky will bring back that spectacle?

I think so. If the cars are more dramatic, if they're closer to each other, I think it will put a bigger differential between the drivers. And you'll see them earning their living. I think it will put Formula One back to where it needs to be. I think the balance between technology and challenge is too much technology and not enough challenge. We just need to get that balance back into perspective. Certainly by 2017.

Do you think it's too easy for them now then?

Exactly. A little bit too easy at the moment.

Can you give us some examples of how to get more challenge into the racing?

I think more freedom on the chassis and more aerodynamic down force would make things more challenging for the drivers. Going faster. Not having to lift and post. Less driver aids, so the driver is doing the work and not the engineer on the radio. So we put the emphasis back on the driver. Bigger, wider tyres and more mechanical grip I think would be a great thing for Formula One.

Do you think that the upcoming changes to the rules will make the sport more exciting soon?

Certainly in 2017 there will be a big regulation change. That's what the discussions are about at the moment. Chassis, format, powertrain – some changes will already happen for next year.

I don't like refuelling. Because the races then become very strategic, about how much fuel you put in and not about overtaking on the track. It's in the pit lane, which is great for the engineers but for the spectators, it won't produce good races.

Do you expect the changes to succeed in making the sport more dramatic?

Yes. Very much so. I think the cars will be five to six seconds a lap faster.

Are there elements of other motorsports that you think could be brought into F1 to make it more exciting?

I think you can always learn, whether it's America, whether it's endurance racing. So for sure. It's important that Formula One isn't blinkered. I think access to the drivers, getting the drivers in front of the public, hearing more emotion from the drivers; the reaction. I liked at Le Mans hearing the race steward. Why not hear Charlie Whiting – he's the referee, lets hear from him.

What technologies are you researching for your cars now?

We're working closely with Infiniti on certain future technologies whether it be vehicle dynamics, vehicle modelling and future material science, so they're all interesting studies that go on in parallel to our daily work.

Do you miss Sebastian?

He's a great driver and we achieved a great deal together, but time moves on. I'm also very happy with the drivers we have now. Kivyat and Ricciardo. We've got two great young guys who are developing very nicely. It's great to see Red Bull investing in youth and giving that youth a chance. Age is no barrier. I mean, Bernie Ecclestone is 85. But he's still doing a good job.

There are many more young drivers racing now. What qualities do you think they offer?

Mostly, the cars are easier to drive and they're very technical. So the young guys find it easier physically and from an experience point of view, to drive these cars. They're much better prepared from the simulators and the training than the drivers were 10 or 20 years ago. So, they're arriving much more grounded and quicker than they did previously.

There's a regulation that 18 is now the limit, so 18 is as young as you can get. But you know, you get young guys playing in Wimbledon – if they're good enough.

You've been at Red Bull for 10 years. Do you still think there's more you can do in the company? Have you made all the changes you could want?

How long do you think until Red Bull is winning again?

We would love it to be tomorrow. But, unfortunately, with the power unit, the lead time is that much longer than the chassis, so it's unlikely to be much before the end of the season.

Ricciardo has said in the last few days that with this year's disappointing performance it's worth looking forward to next year. Ahead of the rule changes in 2017 what can we expect next year?

Do you think that will see you moving up the rankings?