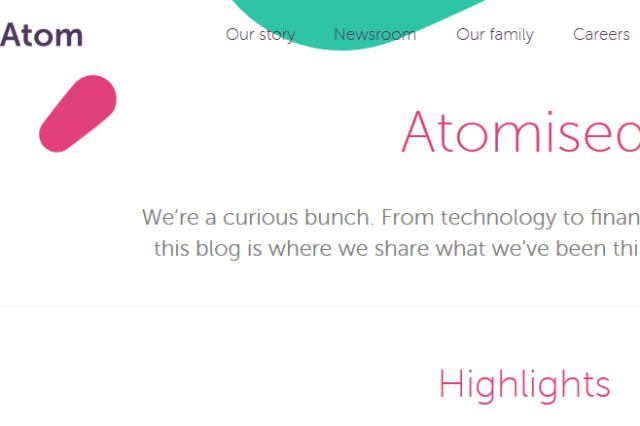 A new online bank that describes itself as "the bank in your pocket" plans to launch in the UK later this year after winning its banking licence.

Durham-based bank Atom, which will use mobile apps and will not run high street branches, secured its licence from the Bank of England, paving the way for the group to offer a full range of banking services from current accounts, personal lending and mortgages to individuals and small businesses.

It is one of several challenger banks to emerge since the financial crisis in competition with dominant high street rivals such as Barclays and HSBC.

Other new entrants include Metro Bank, Virgin Money and Aldermore.

Atom is being set up by chairman Anthony Thomson, who is also a founder and former chairman at Metro Bank. It is led by chief executive Mark Mullen, who was previously the boss at phone and internet bank First Direct.

They have raised £25 million to fund start-up costs and are now looking to raise another £100 million in the City to finance its balance sheet lending. The firm is backed by superstar investor Neil Woodford.

The bank has 100 staff, and plans to recruit another 60 later this year. Its head office and a call centre are both based in Durham.

Mr Mullen has big targets and said that from a standing start it is "possible" that his bank may have five million current accounts by 2020, which is 5% of the UK market.

He said: "It is entirely possible if you are brave enough and good enough to transform the industry."

He added: "Trust in banks is pretty low, and the customer needs to have a better experience."

Mr Mullen said the lender will target 18 to 34-year-olds, but added that this type of technology would appeal to a broad range of people over this age group.

Just last week Royal Bank of Scotland suffered an embarrassing IT glitch that saw 600,000 payments fail to go through to customers.

The industry has been dogged by such failures as ageing IT systems become ever more complex.

Mr Mullen said: "I can't guarantee we will never have an IT problem, but we are building and testing a bespoke system. We are in a hurry to get it right, we are not in a hurry to launch."

Atom said it was on track for a launch in the second half of this year. It added that it planned to break even over the next three to five years.

How big companies are cashing in on selfies

New UK bank secures licence
Once you have opened a current account with a bank or other lender, you will get a steady flow of emails, letters (and maybe phone calls) offering you a savings account, loan, mortgage, ISA etc to go with it. But while it may be tempting to have everything in one place, it's better to do the legwork and shop around for the best financial products. You can compare interest rates on loans and savings accounts in the 'best buy' tables in the newspapers, or look online on comparison sites. Remember you can still easily transfer your money between accounts, even if they are not with the same financial institution.
Whether you want to apply for a new mortgage or refinance an existing one, your bank will probably be very happy to give you an instant quote in the hope that you will go with them. They may not tell you that you can shop around at other lenders. A mortgage broker can give you an overview of the best interest rates on offer, and might be able to cut you an even better deal him/herself.