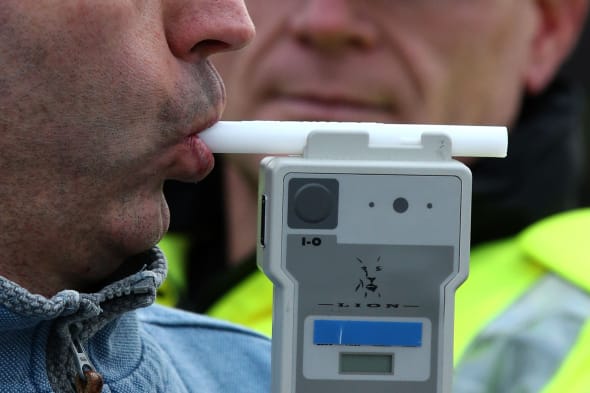 As part of the Government's drive to clamp down on intoxicated motorists, police are to get a new type of roadside breathalyser that will make it easier to successfully convict a person of drink-driving.
Currently, drivers who fail a roadside breath test must be taken to a police station so a more accurate sample can be taken for use as evidence in court.

However, the amount of time taken to put a drink-driving suspect on the evidentiary breathalyser often means the alcohol level in their system has dropped, resulting in a negative reading.

The Home Office is now evaluating new, more accurate roadside breathalysers, which could do away with the need for a second sample.

The new technology, which could be in use within months, would improve conviction rates and free up officers' time, according to Home Office minister Mike Penning.

"Drivers who get behind the wheel while under the influence put their own lives at risk as well as those of innocent pedestrians, motorists and their passengers," he told the Sunday Times.

"The police vigorously enforce the law on drink-driving but the development of these new breathalysers will not only ensure that people who drink and drive are convicted but save officers' time so they can get back on the beat."

The breathalysers will join new drug-testing kits that police have been using to enforce new drug-driving laws that came into effect in March. Using a simple cheek swab at the roadside, officers are able to determine whether a driver is under the influence of a range of different illegal and prescription drugs, with magistrates issuing mandatory driving bans for those found over the prescribed limit.
Tags
Read Full Story Click here to comment