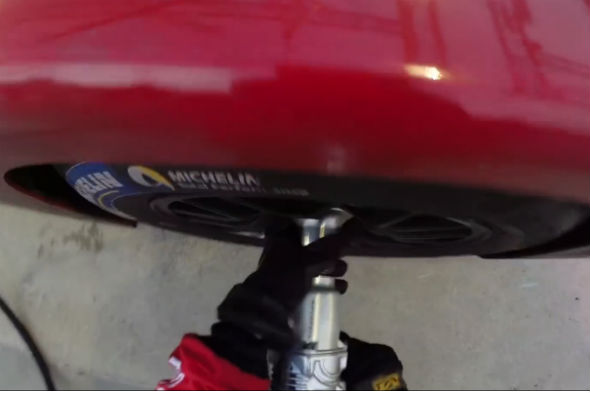 We've already seen a team of Germans break the record for the fastest four-wheel tyre change a few weeks ago – taking less than a minute – but this Le Mans video shows off the skills of the boys and girls who man the pits at the iconic 24-hour race.
Le Mans may not have the ridiculously rapid pitstops of F1, but the mechanics still show some pretty handy skills with a tyre gun – and the obligatory windscreen sponge to help the driver see where they're going after many hours of blasting around the circuit.

In this video the red-clad team of Nissan mechanics dash around the car, swapping a set of tyres and topping up the tank in around 50 seconds. This may not match the speed of F1 teams but it still looks a damn sight faster than we could manage...

Watch the pit stop for yourself in the video below.