School will charge parents £45 for the school run 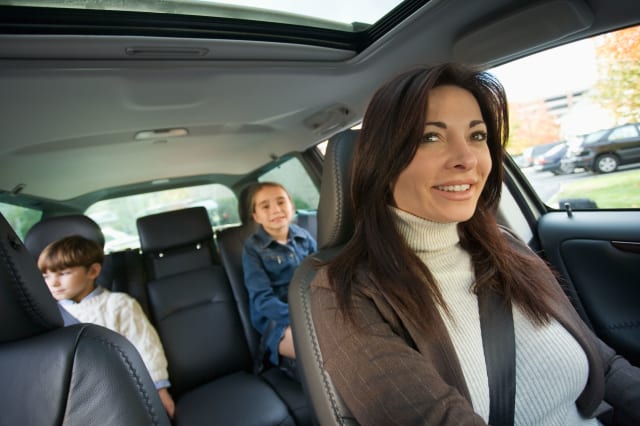 A primary school in Stoke-On-Trent has announced it will charge parents £45 a year to drop their children off by car. St Gregory's Catholic Academy has been facing a traffic nightmare, and decided that the best solution was to build a new car park - and charge parents to use it.

The Stoke Senteniel reported that the school will open a new car park with space for 50 cars. The school came up with the solution after suffering horrible traffic chaos in the mornings and afternoons.

Roadworks nearby made the situation even worse, so the school opened a temporary car park. It was so successful that it proposed making it permanent.

The car park will cost the school £3,000 for fences, signs, gates, maintenance and the cost of hiring a warden, and the school intends to make the cash back by charging for parking. It will cost parents £2 a week to park there - or up to £15 a term.

Principal Margaret Yates told The Telegraph: "As the head, and also a parent, I fully understand the difficulty in parking around the school, but the safety of the children has to be put first, above everything else. We have a budget for the education of our children and of course safeguarding comes into that. But we can not spend that money on a car park, which is why we must look elsewhere to cover the costs."

It has raised eyebrows, because it's thought to be the first school in the country to do it. However, these are far from the only parents to have to pay to pick their children up from school. In Redbridge, parents have to get a 'school drop off pick up permit' in order to park in a designated car park, which costs £21.

In Waltham Forest, where schools are within controlled parking zones, parents have to pay for a parking permit which allows them 15 minutes for dropping children off and picking them up. It costs between £21 and £125 a year.

In Nottingham, the Longbow pub in Calverton Road introduced a 50p pick-up and drop-off fee for parents of children at Richard Bonington Primary and Nursery School who used their car park. The pub had previously allowed parents to park in the pub car park, but they said the cars had interfered with deliveries and customers, so they decided to charge.

Almost every school in the country has a problem with traffic during the school run. However, others have chosen solutions that don't cost the parents anything.

These include 'walking buses', taking the children from an easy drop off point to school - free of charge. Usually they are run by parent volunteers, and operate from a couple of different starting points - so the parking problem isn't just shifted down the road.

Other schools have brought in school buses, dramatically reducing the traffic in the morning. And still more have assessed walking routes to the school, employed more crossing patrols, and encouraged children to walk to school with incentives.

But what do you think? Is charging parents the right answer? Let us know in the comments.

OAP's car crushed as punishment for small slip up

10 PHOTOS
Which councils are making the most from parking?
See Gallery