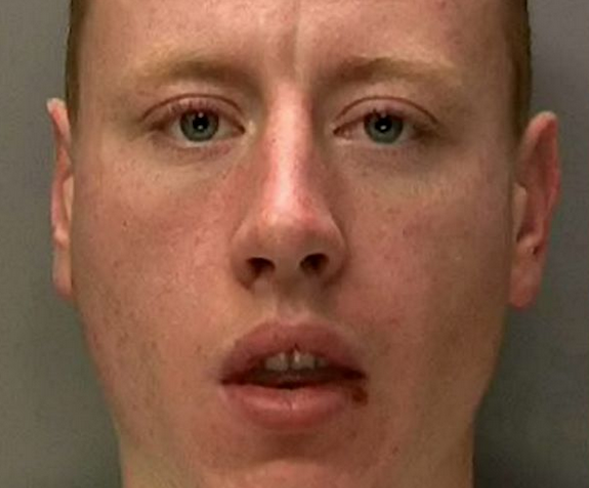 A man who attacked a motorist and bit off part of his ear has been jailed for five years.
Daniel McAuley assaulted Zuhair Hussain in a road rage attack on Binley Road, Coventry in June last year.

Warwick Crown Court heard that after taking exception to Mr Hussain's driving, McAuley got out of his car while stopped at traffic lights and began verbally abusing him.

The 23-year-old then dived through the open driver's-side window and began gouging Mr Hussain's eyes and bit his ear.

In his attempt to escape, Mr Hussain lost control of his car and crashed into a parked vehicle. McAuley then fled the scene – apparently with the chunk of ear, which wasn't recovered at the scene.

McAuley was jailed for wounding with intent to cause grievous bodily harm, after a jury took just 25 minutes to find him guilty.

Passing sentence, the Mirror reports recorder Stephen Linehan as saying: "When both cars stopped for a second time you got out again and went over to the car and actually dived through the open passenger window of the victim's car and attacked him.

"You punched him about the head when he was defenceless in his car and gouged at his eyes.

"You then took his ear into your mouth and you quite deliberately bit off part of his ear.

"You inflicted that injury quite deliberately, and the jury found your intention was to cause him really serious injury.

"What had happened before that piece of animal violence provided no justification at all for what you did. Only a prison sentence can be justified."

Have you ever been the victim of a violent road rage attack? Let us know in the comments section below.
Tags
Read Full Story Click here to comment