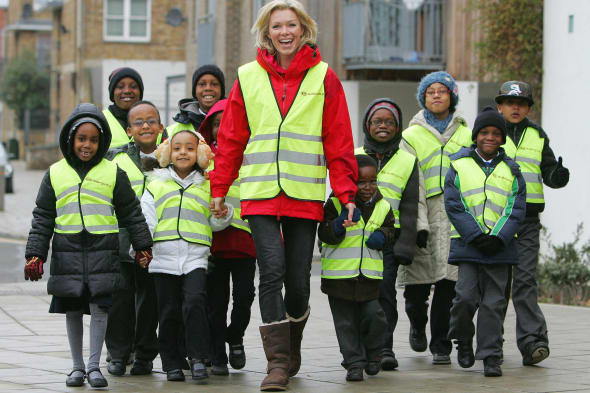 Road safety concerns are stopping four in 10 parents from letting their children walk or cycle to school, according to new figures from road safety charity Brake.
As part of its 'Giant Walk' campaign set up to encourage children to walk or cycle to school, Brake has today organised for 100,000 children from 45 primary schools to ditch the car on the way to class, with pupils set to collectively rack up 60,000 miles, slashing emissions and getting some exercise in the process.

Though busy school run journeys mean that many children and their parents sit in traffic on the way to and from school, many parents are hesitant to let their kids make their own way to school. This comes as 42 per cent of parents in a recent Brake survey stated that they had serious safety concerns about leaving their children to walk or cycle to school, due to fast-moving vehicles and heavy traffic. Meanwhile, just a quarter of parents felt that the route from their house to school was safe enough for their children to head out by themselves.

Other safety issues raised by parents include a lack of safe crossing points (40 per cent) and safe pavements, footpaths and cycle paths (35 per cent). However, should additional safe routes for children and further crossing points be added, nearly half of parents would be much more likely to consider sending their kids off to school by themselves.

With 46 per cent of primary school children currently making their way to school in a car, Brake has also raised health concerns, due to increased emissions from cars and reduced activity levels of children sat in the back of a car every morning and afternoon, with around 30 per cent of two to 15-year olds already being classified as overweight or obese.
Tags
Read Full Story