Zagato Mostro is a stunning homage to Maserati 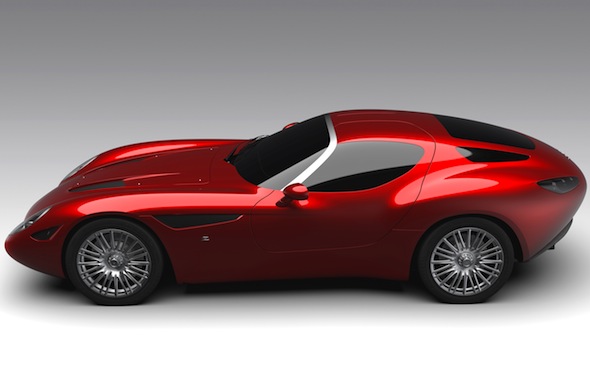 Italian design house Zagato unveiled a striking new sports car at last weekend's highbrow Concorso d'Eleganza car show at the Villa d'Este in Italy. Called the Mostro, the sleek model pays homage to the 1957 450 S Zagato 'Monster', which was also penned by the celebrated coach-builder.
Despite taking its inspiration from a bygone era of motoring, the Mostro is a cutting edge car, featuring lightweight carbon fibre body work, as well as a super-rigid carbon tub chassis – exactly the sort of thing you'll find on McLaren's latest supercar, the 650S.

The reason behind this, explains Zagato, is that the Mostro, like the original 1957 car, was first built for racing, and then converted for road use. It features all the trappings of a competition car, including pushrod suspension and a part-tubular steel construction, but has all the accoutrements required for use on the highway.

Zagato Mostro is a stunning homage to Maserati
Up Next


Under the bonnet is a dry-sumped V8 sourced from Maserati, which powers the rear wheels through a six-speed semi-automatic gearbox. Zagato has released no specifics on power and performance (such things are so passé, dahling...) but the Mostro – Italian for 'monster' – is expected to develop at least the 400bhp put out by its historic namesake.

Want one? Tough – all five examples have been snapped up by long-standing Zagato customers, who will take delivery by the end of the year. Check out the video of the Mostro strutting its stuff below, to see what they've got to look forward to.