A quarter of speed cameras are not switched on 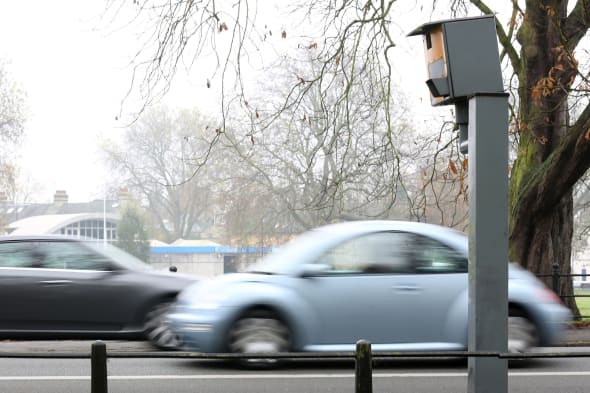 Drivers are more likely to be caught by a mobile speed camera than static ones as one in four of the speed cameras in the UK have been switched off.
Although 23 per cent of speed cameras are out of action, there are still 1714 fixed sites in the UK, which caught 968,715 speeding drivers in 2014 alone. This may be more than the 774,537 motorists that mobile cameras caught speeding, however there are only 345 of these in operation in the UK.

Even though a quarter of speed cameras aren't in use, five per cent of drivers still claim that they have had a crash as a direct result of the presence of the grey and yellow cameras. The survey, carried out by insurance firm Confused.com also revealed that one in five drivers say they have witnessed erratic driving near speed cameras, reports the Press Association.

The research also revealed that 66 per cent of drivers admit to speeding regularly when they are confident there aren't any cameras around.

Roger Reynolds, the policeman who first brought the speed camera to the UK told the Press Association: "Speed cameras have not always proven an effective method of tackling speeding offences.

"Enforcement agencies have been too strict with minor offenders and one in eight (13 per cent) motorists say they have been sanctioned for driving just 1-4 mph over the limit. This is in order to raise revenue and ignores those who really pose a danger on the roads."