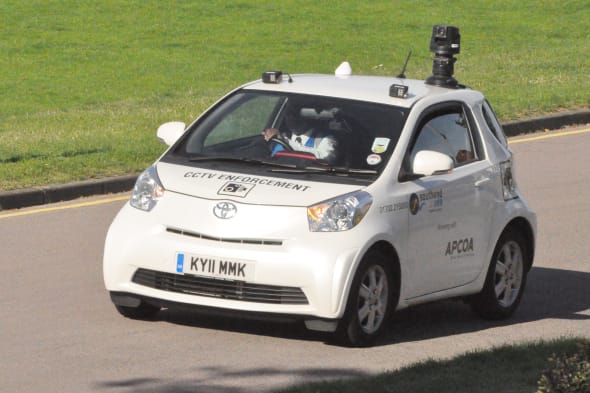 More than two thousand drivers in the West Midlands borough of Sandwell have received fines in a 'camera car' crackdown on illegal parkers.
Sandwell council has invested in the vehicle, which automatically captures evidence of illegal parking as it drives past, in a bid to tackle the problem of dangerous parking outside its 120 schools.

Introduced in October last year, it has issued a total of 2,011 fines to drivers – each worth £70 – with offences ranging from stopping on red routes to parking in bus stops.

"We know most motorists do take care and park legally – but we need to get the message through to the minority who don't."

She went on to appeal to those collecting children from school to take care not to park on yellow zig-zag lines.

Council bosses have defended spending £45,000 on the hi-tech camera car, citing improved road safety. They claim that revenue generated through fines goes towards its operating costs.

Despite claiming the car is a response to complaints of poor parking by Sandwell residents, the Keep Crossing road safety group has criticised its cost, and claims that using volunteer parents to manage parking outside schools was a more cost effective measure.

The car's introduction comes despite Government community secretary Eric Pickles promising to ban their use last year, saying he would "rein in the town hall parking bullies".

Have you ever been caught out by a CCTV parking enforcement car? Do you think their use is justified? Have your say in the comments section below.
Tags
Read Full Story