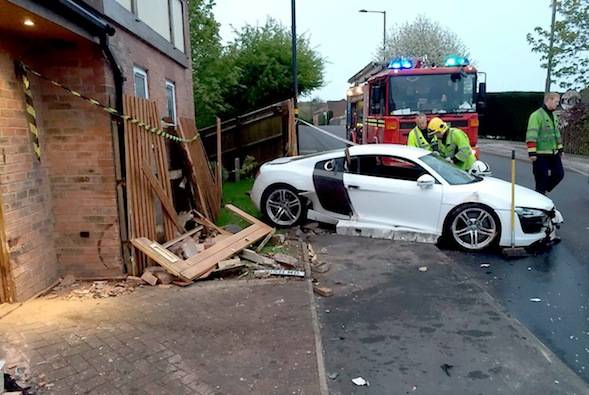 Taking to the wheel of your dad's supercar is a dream for any young driver. However, for one West Midlands teen, this dream quickly turned into a nightmare when he crashed it into a house after drinking.
Harry Bishop, of Netherstone Grove, Sutton Coldfield, lifted the keys to the £92,000 supercar without his father's knowledge, before promptly losing control and crashing through the wall of a property in the upmarket Four Oaks area.

Appearing before Birmingham Magistrates' Court, 19-year-old Bishop pleaded guilty to driving with excess alcohol, driving with no insurance and taking a car without the consent of the owner.

Referring the case to crown court, magistrates gave Bishop unconditional bail to appear there on June 26, and issued an interim driving ban. 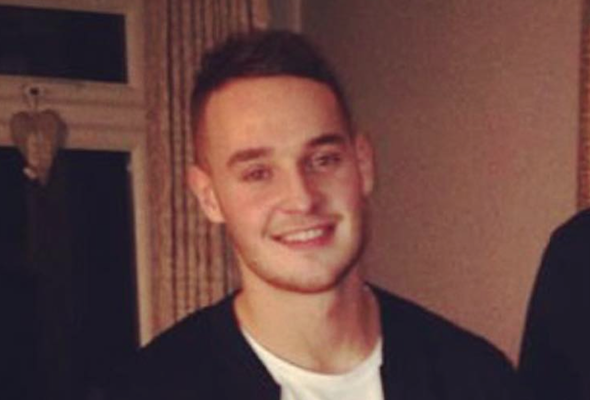 The court heard that Bishop caused around £5,000-worth of damage when he crashed into a house owned by retirees Harold and Janet Perry, at around 4.30am on May 1.

The pair reported seeing Bishop and a female passenger exiting the car and walking away from the wreckage.

The first his father knew of the accident was when his son returned home later that morning and told him: "I have just crashed your car into a house," the Birmingham Mail reports.

Returning to the crash site with his father, Bishop was breathalysed by police and was found to be more than twice over the legal drink-drive limit. 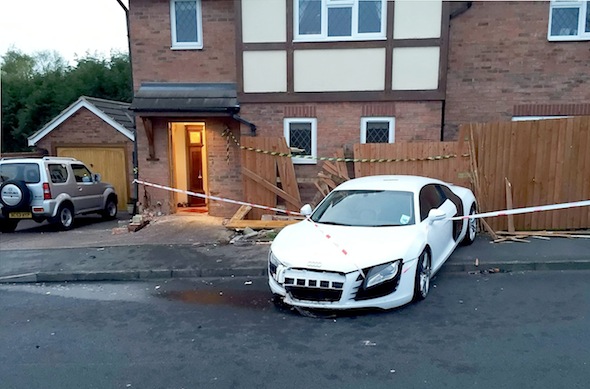 Describing the incident to the Birmingham Mail, Mr Perry said: "We were asleep when all of a sudden 'boom!' there was a massive bang and I thought a bomb had gone off.

"We looked out of the window and saw this white car was next to the house sideways onto the pavement."

The damage to his property, which included a smashed front door and porch, as well as a broken front fence, is still being assessed by structural engineers.
Tags
Read Full Story