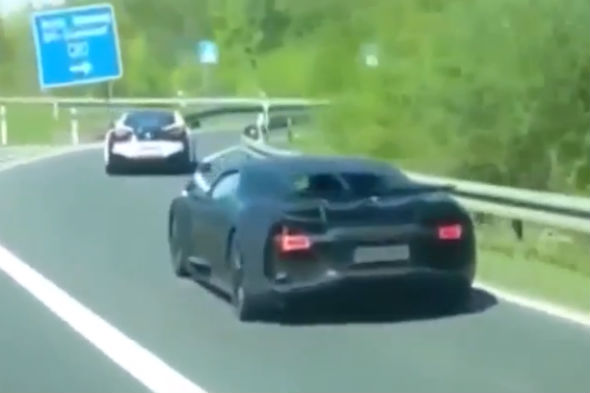 The Bugatti Veyron is dead. Long live the Bugatti Veyron.
Bugatti may have killed off the first generation of the extraordinarily rapid Veyron hypercar, which was able to hit the ludicrous top speed of 258mph - that is, limited to 258mph - in Veyron Super Sport form.

However, the upcoming Veyron successor is set to be even more vicious in the acceleration and top speed stakes, with a top speed figure of 288mph currently being bandied around.

Key to this bonkers top speed potential is the car's engine, which is mooted to pack a tyre-frying tally of 1,500bhp, which could see it leap to 62mph in around two seconds – down from the original Veyron's 2.5 second time – and keep going all the way to nearly 300mph.

The new model, believed to be named the Chiron, is expected to be unveiled next year, reports the Daily Mail, with prototypes already spotted tested on the high-speed autobahns of Germany.

Auto Bild TV clocked two prototypes driving in a convoy with a Veyron Super Sport and the BMW i8 hybrid supercar.