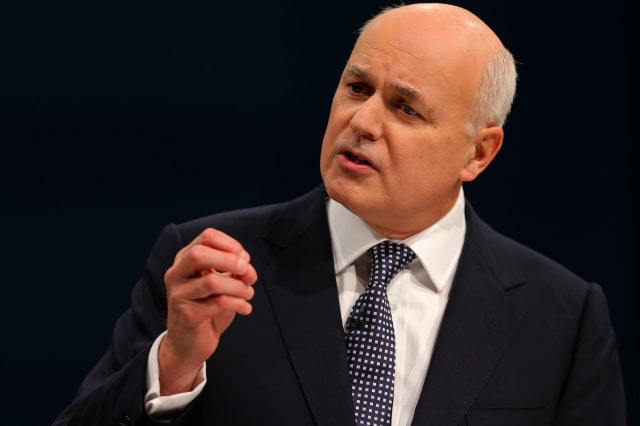 The government is hailing the success of its benefits capping policy. It announced that since the cap was introduced in 2013, 22,000 people who had their benefits capped have now moved into work, while around 13,000 either reduced the amount of housing benefits they were claiming or stopped claiming housing benefit at all. The government is delighted with the impact, and is now planning to reduce the cap again - to £23,000.

The benefits cap limits the maximum that people can claim in benefits to £500 a week for couples or lone parents, and £350 a week for single adult households. The total income a family can receive is capped at £26,000 - which is the equivalent of a salary of £34,000 after tax.

The government figures showed that 58,700 people had been hit with the benefit cap. Work and Pensions Secretary, Iain Duncan Smith, celebrated the impact on society, saying it was: "restoring fairness to the system, and saving the taxpayer money." He added that before the cap there was no upper limit on what people could claim, and that 300 of the highest claiming families received a combined total of over £10 million a year in benefits.
%VIRTUAL-ArticleSidebar-benefits-stories%
He also said it benefited those who were caught by the cap, by 'incentivising' them to work. He explained: "These figures show the benefit cap provides a clear incentive to people to get into work. By putting an end to runaway benefit claims, and introducing a system which guarantees you will always be better off in work, thousands of people who have been affected by the cap are gaining the financial security and esteem that comes with a job and a pay packet."

The other side to the story

The benefits cap is all very well and good if you work on the assumption that everyone is choosing not to work, and to milk the system. However, some 45% of those affected by the cap are in London, a direct reflection of the fact that rents cost more in the capital, and therefore people have been claiming more housing benefit to pay the rent. If they are unable to work, then order to pay the rent after the cap was imposed they will have had to downsize to a home that's too small for their family or uproot their family entirely to move to a new area.

The government's figures also show that the majority of the households that have had their benefits capped include children, and more than half are single-parent families. Capping the benefits of a single parent will certainly cut costs, but it's hard to see how it will enable them to return to work. It's hardly surprising that although the Supreme Court ruled earlier this year that capping benefits was lawful, it concluded that the effect of the policy was not compatible with the government's obligations under the UN convention on the rights of the child.

In a dissenting judgment the deputy president of the Supreme Court, Lady Hale, said: "The prejudicial effect of the cap is obvious and stark. It breaks the link between benefit and need. Claimants affected by the cap will, by definition, not receive the sums of money which the state deems necessary for them adequately to house, feed, clothe and warm themselves and their children."

Alison Garnham, the chief executive of the Child Poverty Action Group, is desperately concerned at the impact of cutting benefits still further She said: "The benefit cap is at least nine times more likely to affect children than adults, and the majority of adults it hits are lone parents, many of whom have children so young even the Government recognises they should not be required to work."

"Britain is facing a looming child poverty crisis; lowering the benefit cap would bring it several steps closer. It would pile on the misery for working and non-working families already struggling to pay for absolute basics. Surely it would also fail the Prime Minister's own family test. Rather than taking away money from the poorest, politicians of all parties need to tackle the root causes of higher social security spending which include soaring childcare and housing costs and low pay."

But what do you think? Is the cap working? Let us know in the comments.

EU migrants may have to wait four years for UK benefits

What the Conservative win means for your money