Workers over the age of 50 are more reliable 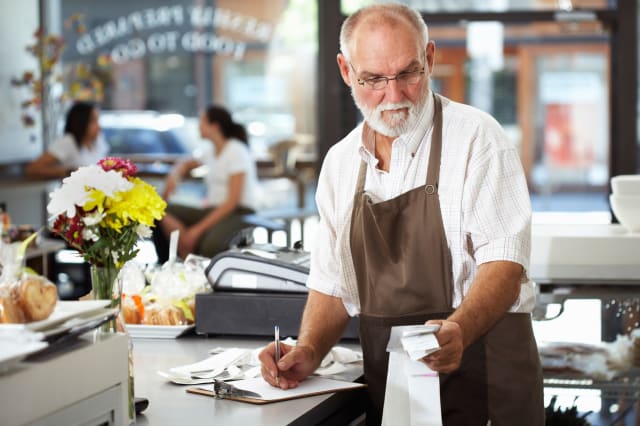 We know that older workers are more experienced and have had longer to develop their skills, but now it emerges that those over the age of 50 are more reliable too. The report by Business in the Community found that older people simply have a better work ethic than their younger counterparts.

The survey, commissioned by insurer RIAS, asked people whether they had thrown a sickie at any time over the previous five years and while 44% of those aged 20-39 admitted it, just 12% of those over 50 did. Those who admitted to taking time off recently were most likely to do so because they felt a bit tired, while almost a quarter had done so to reward themselves for working hard recently, and another quarter just didn't fancy going in.
%VIRTUAL-ArticleSidebar-jobs-guide%
Healthier

Older people are also less likely to take time off over illness in general. Only 26% of older workers had taken time off for ill health in the previous year, compared to 53% of those aged 20-29. When they do have to phone in sick, younger people are more likely to string it out too. Some 55% of 20-39-year-olds who took time off for sickness in the previous year said they took longer than they really needed - compared to just 12% of those aged over 50.

This may have something to do with the fact that 29% of those aged 20-39 admitted that they see sick leave as extra holiday - compared to only 4% of the over 50s.

Peter Corfield, Managing Director at RIAS said: "The added benefit to UK business in employing more mature workers is that if they take less time off sick, businesses will save a small fortune in lost sick days every year."

However, the findings come hot on the heels of a separate report earlier this year that revealed that of the 3.3 million people aged between 50 and 64 who are not working, over 1 million of them had been pushed out of the labour force for reasons beyond their control.

The report, also conducted by Business in the Community, highlighted that those aged 50-59 were particularly vulnerable, as 57% of all people leaving work at this age have done so against their wishes. More than half of all people aged between 50 and 64 who are out of work want to work, and almost half of those aged 50-54 do.

The fact that this group faces discrimination, barriers to work, or inflexible workplaces that cannot adapt to their needs, has taken a horrible toll on hundreds of thousands of retirement plans, which are missing a decade or more of contributions.

It also takes a toll on the health and wellbeing of older workers, as people feel as though they have been tossed on the scrapheap. The report adds that it's not just bad for individuals, it's harming the economy too. It estimates that if the employment rate of 50-64-year-olds matched the rate for people in their 30s and 40s, it would increase GDP by £88.4 billion - or 5.6%.

Corfield added: "Over 50s workers continue to be a vital part of the British workforce and they should be recognised for the contribution they make. They bring a wealth of experience, ambition and knowledge that cannot be underestimated. It is key that we understand that workers in their 50s and 60s are not 'old', they are hardworking and dedicated, and very much want to work."

Could a computer do your job?

Workers over the age of 50 are more reliable
Up Next