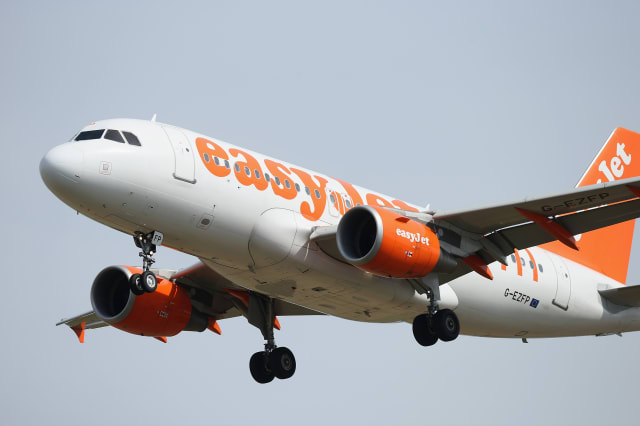 The Welsh Rugby Union (WRU) has launched an investigation after complaints from passengers about the conduct of members of Pontypridd's Rhydyfelin RFC on board an Easyjet flight last month.

Passenger Mike Dudley, president of Cross Keys RFC, told Wales Online of the boys: "They were boasting they had been drinking for hours before getting on the plane.

"I was amazed they were allowed on it by security staff at Bristol Airport because of the state some were clearly in.

"As a consequence of their misbehaviour, foul, abusive and threatening language, English subjects and other nationals on the flight must now have an extremely low opinion of people from Wales.

"I urge the Welsh Rugby Union (WRU) to take firm action against Rhydyfelin RFC and ban the club from touring because what happened was utterly disconcerting and dangerous."

Another passenger, Karen Jones, said: "The party appeared to be inebriated when they boarded the plane using very loud unacceptable expletives and were disrespectful to the female cabin crew members.

"Consequently the captain issued his own warning in person. However the group were unable to control themselves and it was necessary for a member of the party to be removed from the plane."

She added the behaviour "had a direct impact on other travellers who were offended by it and also fearful for their safety."

A spokesman for Rhydyfelin RFC has insisted that the man removed from the plane was not an RFC member, although he was wearing a club shirt.

The boys were reportedly heading off on a stag weekend.

An EasyJet spokesman told the South Wales Evening Post: "Flight EZY6039 from Bristol to Palma on April 26 was met by police in Bristol due to a passenger on board behaving in a disruptive manner.

"The safety and wellbeing of passengers and crew is always EasyJet's priority.

"Whilst such incidents are rare we take them very seriously, do not tolerate abusive or threatening behaviour on board, and always push for prosecution."

British man arrested and kicked off Easyjet flight
Up Next

If you want to return a beloved, deceased relation to their homeland, you'll usually have to pay repatriation fees. One way to get round these is to do what two German women allegedly did when Curt Willi Jarant, the women's 91 year old husband/stepfather died and they wanted to fly him home to Germany: bundle him into a wheelchair, stick some sunglasses on him and say he's 'sleeping'. Only trouble is, someone eventually noticed.

Ok, it's slightly annoying and uncomfortable when someone reclines their seat right back during the meal service, but it probably doesn't justify full blown fisticuffs, resulting in an F-16 fighter jet escort back to Washington and $50,000 worth of fuel being dumped, as happened on an American flight to Ghana last year.

It may be tough flying with babies, but if you cause a stink you could be in big trouble. One passenger who cleaned up her baby on a Qantas flight was held responsible for grounding a flight after cabin crew panicked about the 'strange smell'. The flight had to make an emergency landing at Mt Isa, where passengers say they had to be forklifted off the plane because the airport didn't have the facilities to disembark the huge Boeing 767. Not a good look.

Strange as it may sound, one Dutch passenger was caught trying to smuggle hummingbirds in his pants on a flight from French Guiana in September 2011. They were sewn inside his pants, each individually wrapped in cloth and taped up to stop them escape him. Not surprisingly, he was spotted fidgeting and was eventually arrested... lesson learned (we presume).

Tempting as it may be, shutting a toddler in with the hand luggage is a definite no-no. One flight attendant was sacked for doing just that on a Virgin Blue flight in 2011. According to mum Natalie Williamson, he came and put her son Riley into a locker and closed the latch. He claimed it was part of a game of peekaboo, but Natalie - and the airline - saw things differently...

You know how it is - you go on holiday, spot a cute monkey, think how sweet it would be to have as a pet...For most of us, the fantasy ends there. Not so the American woman who spent an entire flight home from Thailand with a drugged rhesus monkey strapped to her to look like a pregnant belly. Incredibly, she got through security back home in LA, and was only caught when she blabbed to a shop assistant, who informed the (slightly embarrassed) authorities.

It's far better to cross your legs - believe us. French actor Gerard Depardieu was thrown off a City Jet flight from Paris to Dublin last August for urinating on the plane. The aircraft was ready to take off when the actor asked to use the toilet - but he was told by staff to stay in his seat. He resorted to peeing into a bottle, much to the chagrin of cabin crew. When some spilled onto the floor, the crew alerted the pilot and the plane had to taxi back to the terminal, where Depardieu was escorted off the plane.

Anyone who has children themselves (or even just a smidgen of common sense) will know that throwing water on a screaming baby is not the best way to quieten it, but this was the approach American passenger Ronald Duffy chose on a flight to Brazil in 2004. He was almost lynched by fellow passengers, his visa was revoked, he was deported...and still the baby kept crying (probably).

It's not actually possible to open a plane's emergency exits when its in the air, but that knowledge would probably have done little to reassure passengers onboard a flight from Palma to Newcastle last year when a 22-year old man tried to pull open the plane doors at 36,000 ft, screaming 'it's ok, we're just on a flight simulator.' It took eight seat belts to restrain him and six police officers were waiting to arrest him when the plane made an emergency landing at Gatwick.

A recent survey found that one in ten Brits claim have joined the 'Mile High Club' by having sex in a plane loo - but it could get you into serious trouble, as one Australian couple discovered on a flight in Queensland in December 2011. The pair were caught in a compromising position in the plane toilet - and the man was promptly charged with offensive and disorderly conduct under the Civil Aviation Safety Act.

Despite the fact that smoking has been banned on aeroplanes for the last 15 years it didn't stop a Canadian family of three from lighting up on a flight to the Dominincan Republic. The plane was forced to divert and make an unscheduled landing in Bermuda and the other passengers had to spend the night in a hotel before continuing their journeys the next day. No prizes for guessing who the most unpopular passengers on that flight were!

It's no secret that most men find air hostesses rather attractive, but one 34-year-old man took his attraction a little bit far when he was caught taking pictures up the skirt of an airline attendant on a Japan Airways flight. He used a small, pen-shaped micro camera to take the photos and admitted that he couldn't help himself as he was "aroused by uniforms." However, he managed to escape criminal charges - because prosecutors couldn't determine exactly which part of Japan the plane was flying over at the time of the incident.