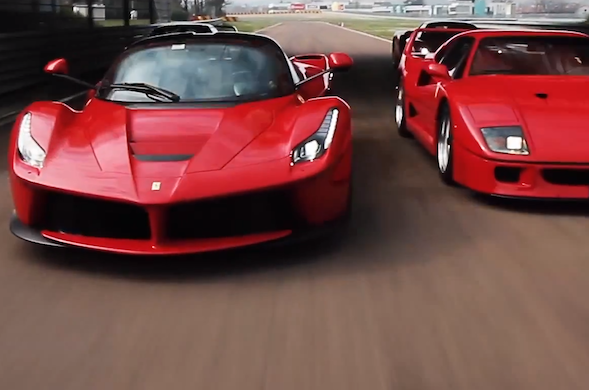 Produced in tiny numbers, and with most sold to owners who prefer to lock them away rather than drive them, it's rare to even see one of Ferrari's top-tier supercars, let alone the entire back catalogue at once.
But that is exactly what the Italian marque has arranged to celebrate the career of its chief test driver, Dario Benuzzi. Four scarlet supercars and an F1 test track is the stuff of petrolhead dreams, but this man has lived it for over 40 years.

Having joined Ferrari in 1971, Benuzzi has had a hand in every single Ferrari road car since the 246 Dino GT, and had had a role in Ferrari's Formula 1 campaigns as well. Here we see him get reacquainted with the most extreme prancing horses to ever leave the Maranello factory gates: the F40, F50, Enzo and LaFerrari.

Watch as he looks back at Ferrari's impressive world-beaters, and charts their progress from turbocharged V8s to screaming hybrid V12s. Frankly, it's worth viewing just for the noise alone.