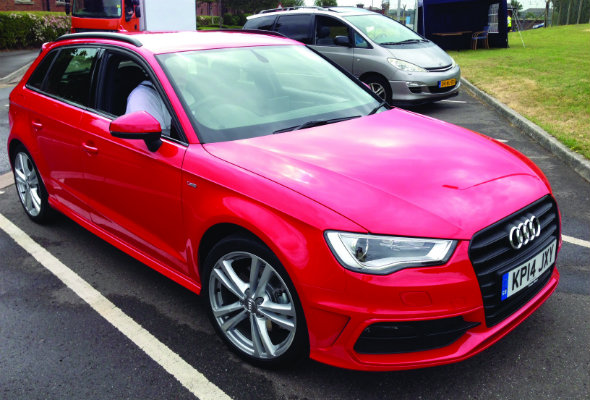 Sometimes the best car for the job is the one you completely forget about. This was the case for me this month, after the A3 whisked me through the heavily-trafficked roads around north London on the way back from Heathrow. After making my way back from a car launch in Spain, it was 5pm by the time I collected the car – hell in London terms. Despite this, a combination of punchy diesel power, a smooth ride and comfortable seats meant that not even the M25 or the truly horrible weather could make the journey stressful.
I've never been the A3's biggest fan, as its premium price tag bumps expectations far above those of a Ford Focus, for instance. However, it's undoubtedly a nice place to be while the heavens are leaking, with the minimalist dashboard looking upmarket – though the smattering of similarly-sized buttons around the gearstick aren't the easiest to navigate.

After nearly a year with us, though, the miles have taken their toll, with the front tyres struggling to contain the full muscle of the diesel engine now the tread has worn down. The front suspension also appears to be clunking a little over speed bumps, while the windscreen glass in the driver's line of sight seems to distort the view of the road ahead somewhat. The one real pain for me, though, is that awful flat-bottomed steering wheel that make low-speed manoeuvring a pain...

Still, it's time to say goodbye, and given the prospect of not being able to jump in what must be one of the most easy to live with cars on the AOL fleet, it'll be missed more than I care to admit.