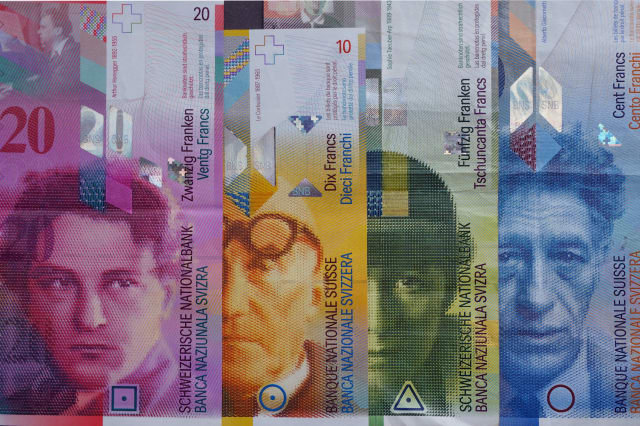 In just a few minutes on January 15, 370 investors lost thousands of pounds, and in some cases hundreds of thousands of pounds. They had placed spread bets on the currency market, which meant that some of them lost far more than they had staked. One person who put up £10,000 is facing losses of £250,000.

IG told the Telegraph it would work with those who lost money in an effort to avoid making any of them bankrupt - or forcing anyone to sell their home. The Independent has reported that about half of those who lost large sums have settled, and IG is expected to have to write off some of the cash.
%VIRTUAL-ArticleSidebar-investing%
Complaints

However, one group of investors is blaming the broker's systems - which didn't let them settle their positions before the losses got out of hand. They had placed a 'stop loss' on their bets, which is designed to limit your risk. It means you can set a threshold, and if the market moves against you and goes beyond that threshold, it will automatically close out your position.

IG's terms and conditions point out that there can be 'slippage' on stop losses at times of market turmoil, when too many people around the world are trying to make the same trades at the same time and the market seizes up. Some said their trades took 30 minutes, by which time their losses were immense and had gone far beyond their stop loss.

They told the Telegraph that they had complained to the Financial Conduct Authority, and want it to investigate whether the market really had seized, or whether there was a failure in the company's systems. The company explained to the newspaper that there was no failure in its systems, and that all orders, including stop losses, were executed as soon as possible.

It's an unprecedented loss, but it highlights the enormous risk involved in spread betting. Spread betting allows you to bet on movements in all sorts of markets. In the financial markets, people can bet on things like currency movements or share prices. They don't have to bet on rises. They can, for example, bet that a share price will fall.

This is actually what attracts many people, because they don't need a big stake in order to place big bets and get potentially major rewards. However, the flip side is that they can lose significant sums.

Many of them balance this with the fact that they can 'close' their position if the market starts to move against them - and so limit their losses. Others place an automatic stop loss, so their position automatically closes if it breaches a threshold. The crisis on 15 January reveals the limitations of this approach, and should make anyone considering spread betting factor in the possibility of markets seizure.

Fan denied football winnings 'because the odds were wrong'

Jane Park is the coolest mommy on TikTok