Dog that went on 30-mile train journey reunited with owner 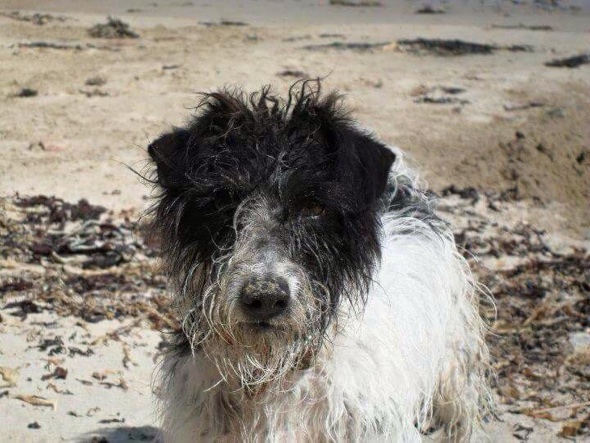 A dog that boarded a train and ended up 30 miles from home has been reunited with its owner in Wales.

Murphy, who is the mascot of Llanfairfechan Town Football Club, sneaked off from owner Bill O'Hagan during Saturday's home game and made his way to the station, where he boarded a train to Llandudno Junction.

Kind-hearted passengers on the train spotted the nine-year-old dog on his own and posted his picture to Twitter before the conductor took care of him.

The Arriva Wales Train conductor, called Colette, took Murphy home with her to Holyhead while she waited for his owners to be traced.

The O'Hagan's were meanwhile frantic with worry, but were relieved and very grateful to Colette.

Speaking to the Daily Post, Bill's son Rory said: "Murphy comes to watch the football every week and normally is well behaved, but he managed to get loose and somehow boarded the train to Llandudno Junction.

"The conductor, Colette, took Murphy with her to Holyhead and her husband picked him up and took him home where he just fell asleep. They then agreed to drive him back here, which was really kind.

"We were very relieved to have got him back. We've had him since he was a pup."

Dog that went on 30-mile train journey reunited with owner

Dog abandoned at train station with suitcase gets a new home