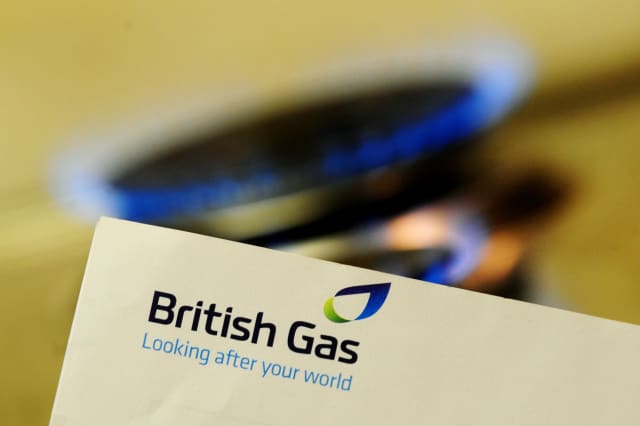 Profits at British Gas are set to rise after the energy supplier revealed a boost in consumption following a colder than normal start to the year.

Owner Centrica added that British Gas had stemmed the flow of customers leaving the business, with the number of accounts on its books staying at 14.8 million following a 5% cut in gas tariffs from the end of February.

The FTSE 100 company reported improved profitability in its supply business in the first quarter of the year but said this was more than offset by lower commodity prices in its upstream production arm.

Search for a cheaper energy tariff

It also announced that it had set aside an additional £50 million over the next three years to improve customer service.

Recruitment for the first 350 new jobs will begin next month, with vacancies in Manchester, Leeds, Cardiff and Edinburgh.

As well as a drive to reduce call waiting times, there will be extra training for British Gas's customer service employees, who number more than 5,000.

In 2014, British Gas operating profits fell 23% to £439 million amid a half-million fall in customer accounts and a £100 decline in average bills as gas consumption dropped by a fifth amid warmer weather.

The wider group saw adjusted operating profits fall 35% to £1.75 billion as it was also hit by extreme weather patterns in its North America business and plunging oil and gas prices hit its power generation.

Centrica highlights a number of factors that could influence its performance this year, such as commodity prices, the weather, the outcome of the General Election and the Competition and Markets Authority investigation into the UK energy market which is due to deliver provisional findings in the summer.

Search for a cheaper energy deal

Residential gas consumption was 10% higher than a year earlier, with electricity demand 2% higher in the first three months of 2015.

The trading update covering the first quarter of this year was issued ahead of the company's annual meeting in London.

Cold snap boosts British Gas profit
Of course you should make sure the doors and windows are shut properly, but you should also check each one for draughts too. A good old fashioned draught-excluder will stop the wind whipping under the doors, and draught-proofing strips around doors and windows should see off the worst of the chills.
It's not the kind of DIY job that anyone loves, but a quarter of the heat in your home is lost through the roof, so it makes a big difference. Once you've insulated the loft, the roof space will be colder, so make sure you have insulated any water pipes and tanks, and draught-proofed the loft hatch.
If you have thicker curtains, ideally with a thermal lining, you're likely to lose 25% less heat through the window. It's also worth considering curtains over external doors, to prevent heat from escaping. However, make sure you draw them back during the day to make use of any glimmers of sunshine we get.
If you don't have a working chimney but you do have an open fire, then you'll be losing heat through the chimney. If you place a chimney balloon in the chimney and inflate it, it will trap the warm air in.
If you stick the sofa in front of the radiator you'll waste a fortune keeping the back of the sofa warm.
Many people will remember elderly relatives applying tinfoil in a hap-hazard manner years ago, but it doesn't have to be noticeable, and will reflect half the heat back into the room.
Bare, varnished floorboards have been popular for a while, but unless they are carefully filled and draught-proofed, you can lose 10% of your heat through the floor. If filling the floorboards is impractical, a carpet may be a simple solution.
There's no point in heating any rooms you don't use, so turn off radiators in unused rooms, and heat the rooms you tend to occupy instead. Once the spare room gets chilly, you'll need to keep the door closed, and use a draught-excluder to stop the chill spreading.
If your kitchen is the heart of the home you don't need the house so warm during dinner time, because you can use the warmth of the oven to keep you all toasty. Get some baked potatoes in the oven, some soup on the hob, and no-one will notice the rest of the house has grown a little cooler.
It may seem a bit Victorian, but having a woodburner in the fireplace allows you to burn a cheap fuel, and enjoy the heat without the smoke. Burning wood costs less than gas and two thirds less than electricity, so you can stay toasty for less.
Up Next

Falling oil prices not being passed on

10 great ways to save money and help the environment