Batman Shows Off His Wheels. Superman Has Nothing 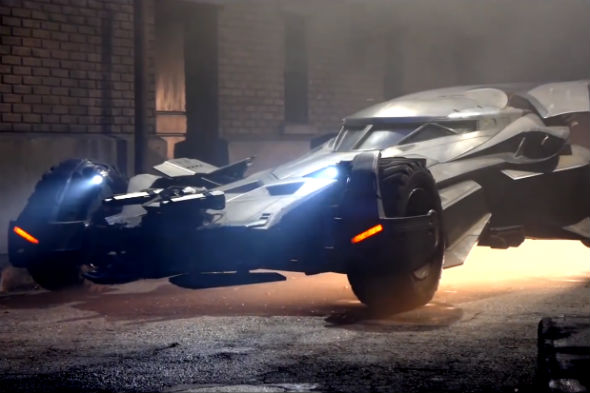 Batman and Superman are set to go head to head in cinemas next year in superhero movie Batman v Superman: Dawn of Justice.
But the grudge match is already looking pretty one sided as Superman doesn't even have any wheels (lets ignore for a minute the fact that the man from Krypton doesn't actually need one).

The Caped Crusader on the other hand has just got himself a new company car. And judging on the clip below, we want in on that company car scheme.

With matte black paintwork, stealth bomber-style angular lines, a more petite shape than some of the previous Batmobiles and added firepower in the form of bumper-mounted guns, we hope Superman is ready for the upcoming onslaught from his deadly adversary. Somehow we suspect he might be...

Take a look at the Batmobile from the upcoming film in the video below.