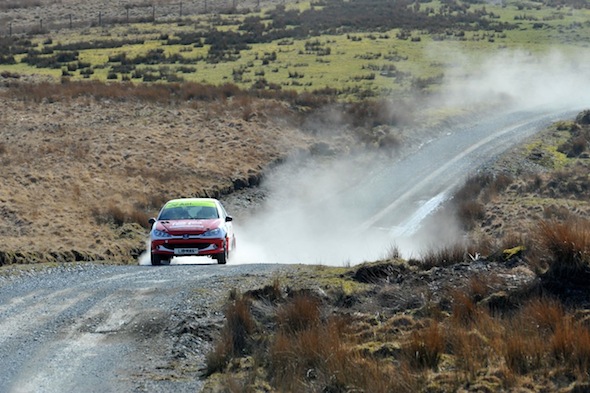 The AOL Rally Team calls in the experts as it prepares to hit the gravel for the first time...
Rally cars and forests. For millions of motorsport fans, there's no finer combination. Yes, you can spend your weekends fannying around on airfields covered in cones and plastic arrows and still call it rallying, but if you really want to call yourself a rally driver, you have to head to the hills.

And so, after spending two events peddling our Peugeot 206 rally car around a Cornish airfield and a backwards Brands Hatch, team AOL Cars found itself with a tricky decision to make. Should we, a) enter the same events again in the hope that a little local knowledge could edge us up the ranks, or b) throw caution (and a load more money) to the wind and test our limited skills on a proper gravel really. Realising that another handful of AOL articles about exactly the same events would probably bore even ourselves to death, we took option b and stuck in an entry for the Somerset Stages rally on April 18. 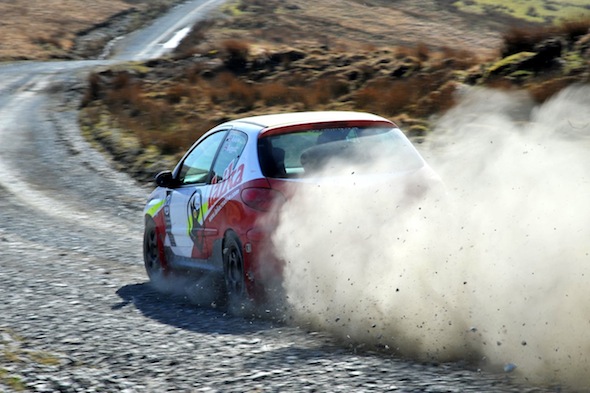 Driving an expensive car flat out on a surface that is inherently unstable is, to most folk, insanity. Type the words 'rally' and 'crash' into YouTube and you'll see literally millions of pounds worth of car being reduced to scrap in the pursuit of a good stage time.

Although we're clearly idiots to take on the challenge, even we figured that a little advice and gentle tuition would be a good thing. Expecting a very brief conversation containing the words 'no', 'get lost' and 'where did you get my number', I called British rallying's brightest young driver and Peugeot factory ace, Chris Ingram, to see if he'd be willing to help. To my amazement, he said yes, and little more than a week later I found myself in Wales ready to learn from the young master.

AOL Cars' rally team takes to the forest stages
Up Next


Driving on gravel is essentially a case of constantly managing a disaster. Yes, there's a degree of grip in a straight line, but turn the wheel just a fraction and everything starts to slide. The secret, as Chris repeated to me countless times, is to forget everything you've ever learned about driving on tarmac. Forget starting out wide to try and straight-line a corner. Forget about carrying as much speed as possible through a corner and get used to hitting the middle pedal halfway through a bend.

"On gravel, you've got to go where the grip is – and that's usually on the inside."
Explained our 20-year old mentor, before taking his turn behind the wheel to give us a loose surface masterclass.

"Start off wide on gravel and your chances of hitting the apex are non-existent. The same goes for corner exit – the camber of the road and the fact that the line of grip is no wider than a couple of tyre tracks mean that you'll be heading for the scenery pretty quickly."

And the braking mid-corner business? Well, that's about the hardest thing to get your head around. Like most rally hot-shots, Chris extols the virtues of left-foot braking. "Give the brake a quick dab on the way into the corner to bring the front end into the apex." Chris explains as his feet become a blur on the pedals.

"Whack on a bit more to kill any understeer mid-bend. It feels a bit alien to start with, but it's a great tool for getting the car to do what you want" 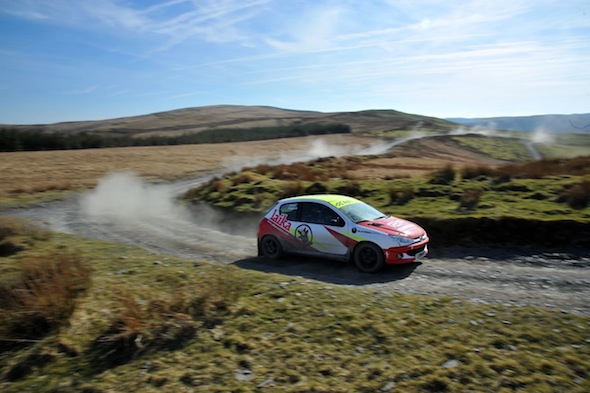 Witnessing a professional driver showcasing rally-winning skills at close quarters is a mind-blowing experience. Part of your brain tells you to give up now and be satisfied with watching from the sidelines. The other says, with a good degree of logic, that he's only pressing, pulling and turning the same controls as you, and that with enough practice, good fortune and bluff, even the most ham-fisted of drivers could get a decent result.

Choosing to listen to the latter of those two voices, I ploughed (literally at times) on. And, slowly but surely, everything started to click. With Chris barking out a seemingly random mix of pacenotes, advice and the occasional "whoa – brake!" the times improved and confidence levels started to climb. By the end of the day, I'd gone from an accident waiting to happen to a driver with the confidence to chuck the car into a corner and have a vague idea of how to get it through to the other side.

Will that be enough to get us to the finish of our first proper gravel rally? Only time will tell. We'll be reporting our progress here next week – keep your fingers (and everything else) crossed for us.

Who is Chris Ingram?

Described by some of the biggest names in the sport as one of rallying's most exciting new prospects, Chris Ingram is set to follow in the wheel tracks of the sport's great champions. At just 20 years old, Ingram has already racked up countless class wins and is currently a factory driver for Peugeot UK – competing in the European Rally Championship.

Who are the AOL Rally team?

Journalists and lifelong rally geeks, Mike Askew and James Baggott, are on a mission to prove that you don't need to be any good to enjoy motorsport. The pair made their debut last year, entering two tarmac events in Cornwall and Brands Hatch. 2015 sees them take the step up to gravel rallying – where the drops are deeper and the trees closer.