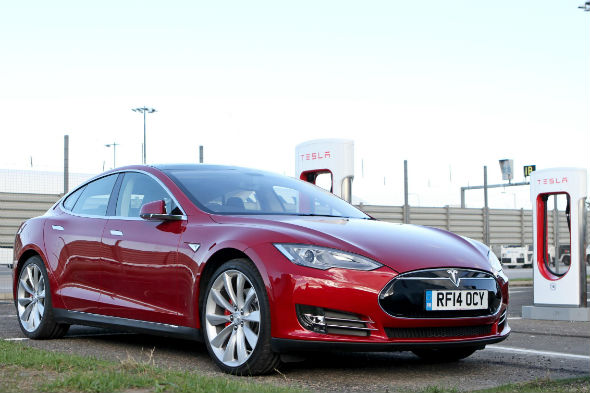 Tesla has already recalibrated buyers' expectations of how fast, luxurious and frugal an electric car can be, but it's once again moved the goalposts with its latest offering – the Model S 70D.
This entry-level Model S is available from £54,500 (after the £5,000 government plug-in car grant has been taken into account) and now gives buyers added speed, range and standard four-wheel drive, plus the ability to use Tesla's global Supercharger rapid-charging network.

The 70D model can travel up to 275 miles between charges, sprint to 60mph in a scant 5.2 seconds – thanks to its 325bhp electric motor – and keep going all the way to a autobahn-friendly 140mph. With all-wheel drive the Model S should also prove to be a capable all-season machine, which is particularly useful as Scandinavia – which is famed for its frigid winters – is one of the areas where Tesla has had most sales success.

Thanks to these extra features, the entry-level Model S no longer seems like a poor relation to the more powerful rear-wheel drive 85, the all-wheel drive 85D and ludicrously rapid P85D, although these do offer slightly greater claimed range (with 310 miles claimed range for the 85 and 85D and 300 miles for the P85D) and increased power levels.

Though electric models from companies including Nissan, Renault and BMW still offer barely 100 miles claimed range, along with lengthy charging times, one of Tesla's key selling points is that buyers can make use of the free-to-use Superchargers – which are now peppered across western Europe with many new sites still to be installed – which can fully charge the Model S in 75 minutes.