Cautious optimism from Andre Lotterer for 6 Hours of Silverstone 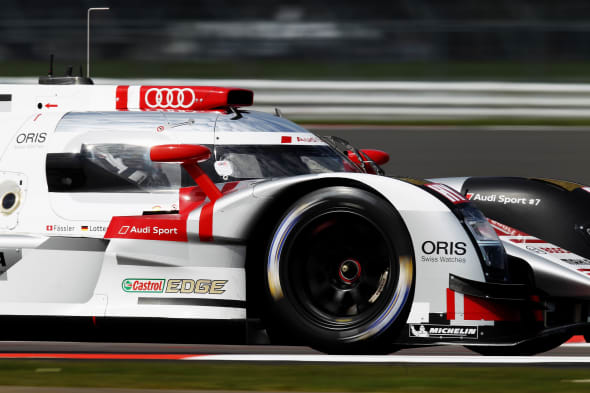 Getty
Three-time Le Mans winner Andre Lotterer is being cautious about his Audi team's chances in today's 6 Hours of Silverstone even though he admits Silverstone is a track that should suit their car.

Lotterer and team-mates Marcel Fassler and Benoit Treluyer line up fifth on the grid in their #7 R18 e-tron quattro, two places behind their sister car and 1.4s off the pole-setting Porsche of Timo Bernhard, Mark Webber and Brendon Hartley.

After three solid practice session in which his car topped the timings, Lotterer was "disappointed" with how he and Fassler had performed in qualifying and a strategic error meant they couldn't get near the front.

"We didn't optimise our performance, we didn't run smooth," Lotterer told AOL Cars. "We understand why but it's disappointing when you don't use your full potential."

On his first qualifying attempt the German had to lift before the end of the lap to avoid going over the permitted fuel allowance while he was compromised by traffic on his second shot.

Traffic hindered Fassler who didn't have a smooth run either but instead of keeping the French driver out, Audi put back Lotterer back in the R18. He improved his time but Lotterer was convinced his team-mate would have done better if he'd been allowed to continue.

"This is the way it goes in LMP1 qualifying. It either runs smooth or there's no between. When it goes wrong, it's just wrong."

Looking ahead to the race, Lotterer knows that although the Porsche 919 Hybrids are stronger in terms of top speed as they showed in qualifying and at the Prologue two weeks ago, he is confident that on average pace over six hours Audi should be in contention.

"We look better - so far. Let's hope it's the same for the race. This is a track that should suit us, so theoretically we should look good here."

After last year's disaster when both Audis crashed out and then struggled to match Toyota for much of the season, a solid start will be something that everyone in the Ingolstadt team will be hoping for.
Tags
Read Full Story