Porsche on pole for 6 Hours of Silverstone WEC opener 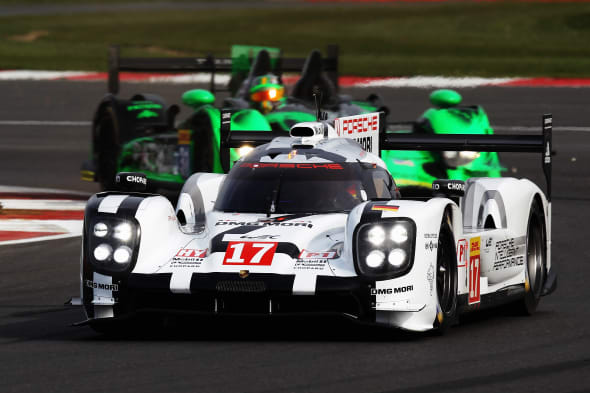 Porsche Racing will start the opening race of the World Endurance Championship from pole position after Mark Webber and Brendon Hartley pipped their team-mates for top spot at Silverstone on Saturday.

The pair set the two fastest times in blustery but sunny conditions after heavy downpours in the morning had made for tricky conditions in the final practice session.

Their team-mates Romain Dumas and Neel Jani were hot on their heels though and will start on the front row after ending the 25-minute session just 0.619s behind.

Both Hartley and Webber were pleased to win pole but stressed that there was a long race ahead.

"It was a fantastic first lap," Brendon Hartley said. "We are very happy about this pole position but obviously tomorrow is what counts."

The second row for the 6 Hours race on Sunday was split between the Audi of Oliver Jarvis and Lucas di Grassi and the Toyota TS040 of reigning champions Anthony Davidson and Sebastien Buemi while the third row is similarly split between Audi and Toyota with Audi's Andre Lotterer and Marcel Fassler fifth and Stephane Sarrazin and Mike Conway sixth.

"We didn't achieve the pole position today. But we knew that our strength is not manifested by a fast lap but by consistency in the race," said Audi team boss Wolfgang Ulrich." Therefore, the grid positions are a good base for Sunday."

"I'm quite pleased," the world champion said. "The car felt good. I'm happy with the balance and I'm looking forward to the race when it could be a different story. It should be interesting."

The G-Drive Racing team locked out the front row In LMP2 while Aston Martin Racing dominated the GTE classes, claiming the top three spots in GTE PRo and pole position in GT Am.