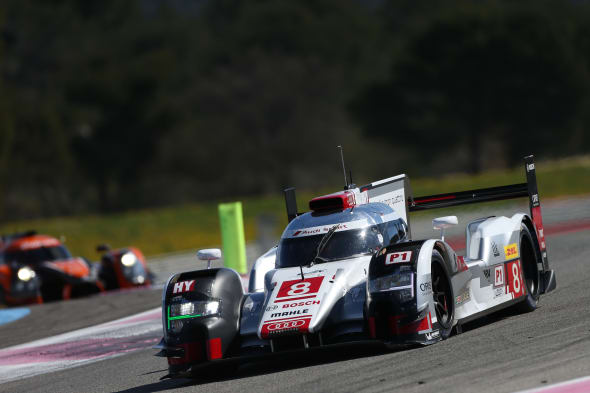 Two British drivers have won the World Endurance Championship in the last two seasons. AOL Cars meets the man who hopes to be the third, Audi Sport's Oliver Jarvis, as he prepares for the opening round at the 6 Hours of Silverstone.

Oliver Jarvis is smiling broadly as he ponders on his WEC opportunity but he is under no illusions as to the task ahead.

The 31-year-old has stepped into some big shoes this year after being called up to the full Audi Sport team alongside Lucas di Grassi and Loic Duval in the #8 R18 e-tron quattro after nine-times Le Mans winner Tom Kristensen retired at the end of 2014.

Jarvis has already raced for Audi in the top LMP1 category of endurance racing with three appearances at Le Mans which netted two podium places but he admits he is now at a different level.

"It's definitely a step up and you feel it straightaway," he tells AOL Cars. "It's a dream come true. Le Mans is something I've always wanted to win but the last few years with the world championship status that the series now has, it's something very special for a driver to be able to fight for a world title.

"The fact I've replaced Tom means there are probably going to be a few more eyes on me, seeing what sort of a job I'm doing and whether I have stepped into his shoes but for myself the pressure's always going to be there regardless of who you replace.

"In the past I was only involved for one or two races so you had a huge amount of pressure focused on those races whereas now being involved for the longer duration you have more opportunity to show your potential and what you can do." 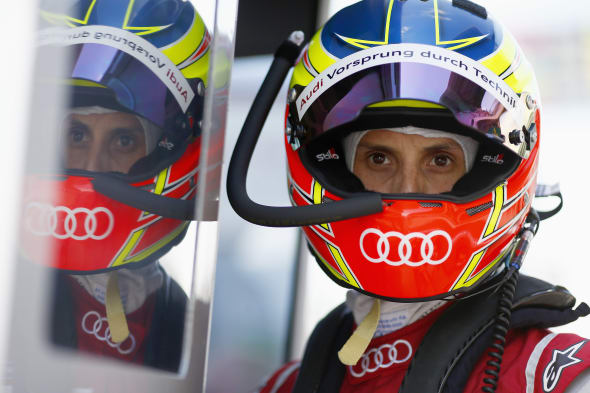 Last year's Le Mans was a case in point for Jarvis who was devastated when a crash put his team-mate Marco Bonanomi early in the 24 Hours which meant he didn't even get a chance to race.

"What was so disappointing was that I honestly believe we had the package to win last year. We were one of the quickest in the pre-test, we qualified the top Audi, we were top Audi at the time of crashing.

"I just had a feeling all week that it was our year and you don't often get that at Le Mans. So to go out through no fault of our own was devastating."

At the time that meant Jarvis, whose focus was mostly in Japanese Super GT, had to turn his attention to Le Mans one year ahead, which demonstrates how important it is to make those opportunities count when they come your way.

"It's such an important race so when you go out like after an hour and a half you're just gutted... you've literally got to wait another 12 months to have the opportunity to even go round the track, so it's hard to take."

Turning to this year when he will race in all eight WEC events, Jarvis is confident of Audi's progress over the winter break which was vital if the manufacturer was to return to winning ways. Aside from Le Mans, which the trio of Andre Lotterer, Marcel Fassler and Benoit Treluyer won for the third time, 2014 was the leanest for the Ingolstadt team since 2011 with just one other victory at Austin.

"It looks like we've made a really positive step forward. We've improved every single area of the car and I think we're much further forward than we were last year.

"It's going to be a steep learning curve for all the manufacturers because we've all stepped up a hybrid class, so it will be the first time we race in the 4 megajoules, Toyota in the 6 and of course, Porsche in the 8, so there are going to be a lot unknowns with that.

"For ourselves we don't see any reason why we shouldn't be strong at Silverstone. It's a track where in the past we've been reasonably good. I see no reason why that trend shouldn't continue.

"It depends on how competitive the car is. If we're competitive we have to fight for wins. That's what Audi's here for."