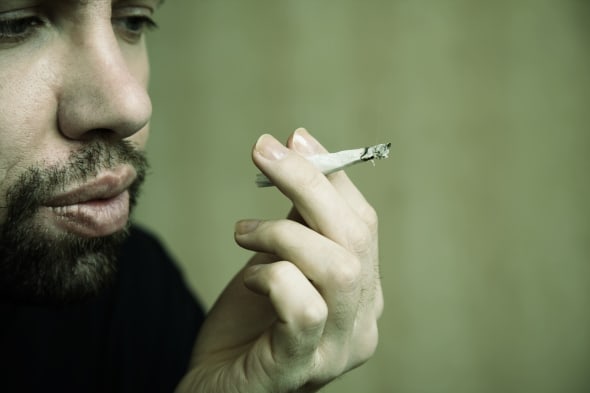 Users of recreational drugs believe that driving while under the influence is "much more acceptable" than doing the same thing after drinking, a new Government study has found.
New research conducted by the Department for Transport (DfT) reveals that many drug drivers simply do not believe their driving is significantly impaired by substances such as cannabis and MDMA, and that the social stigma surrounding doing so isn't as great as that for driving while drunk.

The study also found that most believed that they were unlikely to be stopped by police as a result of their driving while on drugs.

This year, police were given new powers to tackle drug drivers, including being issued new roadside drug testing kits, to more easily determine whether a driver has taken drugs.

A change in the law also made it an offence to drive with prohibited substances in your system, whereas previously police had to prove that a motorist's driving had been impaired. Drivers found guilty of drug driving face up to six months in prison, a £5,000 fine and a compulsory one-year driving ban.

While the exact scale of the problem of drivers impaired by drugs is not known, previous research has suggested that the proportion of drivers willing to get behind the wheel after using drugs is similar to that for drink driving, reports The Independent. It is estimated that around 200 deaths a year are caused by drivers under the influence of recreational and prescription drugs.

The DfT's study, which involved in-depth interviews with drug users, their friends and passengers, revealed that many cannabis users felt calmer and therefore less likely to have an accident when driving, while users of cocaine reported feeling more alert and able to more quickly respond to situations on the road.

Speaking about the findings, AA president Edmund King told The Independent: "It is worrying that drug drivers don't think they are as dangerous as drink drivers. For some this may be because their drug use is a lifestyle choice so they don't consider the consequences. We need to get the message out there that drug driving is as dangerous and socially irresponsible as drink driving."

Do you think that drug driving is more acceptable than drink driving? Have your say in the comments section below.
Tags
Read Full Story Click here to comment