WEC champ Anthony Davidson happy to lose 'monkey off my back' 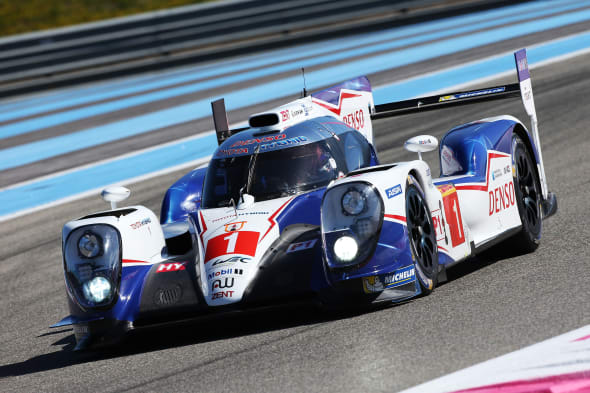 Anthony Davidson begins the defence of his World Endurance Championship at Sunday's 6 Hours of Silverstone with the #1 on the side of his car but that's not piling on any pressure. Far from it.

The Toyota Racing driver claimed his first title since 1999 and it came as some relief following many years of 'what have been' stories particularly after a promising Formula 1 career was abruptly cut short.
"It meant a lot to be world champion," Davidson told AOL Cars. "When I joined sportscars, I immediately won the 12 Hours of Sebring which is a big race... but for a while that's all I really had to hang my hat on.

"The first one is the most special, the monkey off your back. For me this year, winning Le Mans will mean more than winning the championship."

The 35-year-old became the second Briton in successive seasons to win the WEC drivers championship alongside team-mate and another ex-F1 driver Sebastien Buemi. Toyota also took the manufacturer spoils in just its third year back in sportscars in a season which they dominated, winning five of the eight races. The TS040 HYBRID was the fastest car on the grid but also the most reliable; you can't ask for much more in endurance racing.

"We were at the top of our game last year and the #1 is on our car for a reason," Davidson continued, "We were the best team, we were the best driver pairing; we did the business.

"After winning it, it almost felt better than I had anticipated... I always had my heart set on Le Mans but now being a world champion – and it doesn't matter what class you win it in – it's bloody hard work to achieve it, in any discipline, in any sport.

"It really feels like I've achieved everything I set out to in motor racing."

Looking forward to the new season ahead Davidson is more circumspect after the Prologue brought mixed results and feelings as Porsche swept the board on the time sheets in all the sessions over the two days.

"We're about where we kind of expected to be. Not quite on Porsche's pace for a single lap but the car's got a nice balance, the grip feels good and we're generally happy so hopefully at Silverstone it will be where we want it." 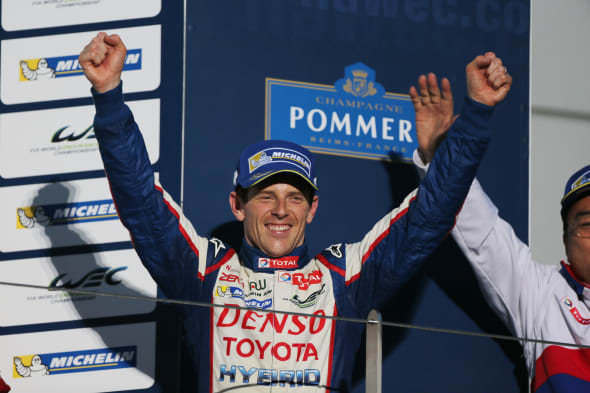 The winter break has seen Toyota make extensive revisions to the TS040 and Davidson has already noticed the changes.

"Every department had improved; the aero, the braking, efficiency of the car, the hybrid and the mechanical side of the car. They've all taken a step forward. The car has so much more agility in the slow speed corners which is really obvious when we drive."

As well as pondering how to beat Porsche, Davidson has something else on his mind – tyres. Already a strong point of the team, Toyota have focused on improving rubber wear because of the new regulations restricting their usage.

"We know that at some point in the race we will have to do a double stint because we are more limited on tyres; that will be a big challenge. Tyres dominate performance as we showed at Fuji last year."

Davidson and Buemi's title campaign began with success at Silverstone in a race characterised by poor weather and the uncharacteristic sight of two Audis crashing out. He doesn't see Sunday's race as being quite the unknown quantity as it was last year though.

"Last year was the start of a new set of regulations. We really didn't know what to expect. We had a terrible test at Paul Ricard prior to the race but it all got turned on its head in the race... we had a stronger car than we believed we had. Silverstone set the tone for the rest of the year.

"This year I'm confident that we will feel good in the car, confident that it will be an easy race in terms that the car will do what we want because I am confident about our car. Perhaps not overly confident about the performance. It looks like Porsche have the advantage definitely in terms of qualifying pace. We saw that last year as well. But a six-hour race is not about qualifying."

And as far as the big one in June goes, Davidson is far more chilled about his prospects.

"You can do everything in your power to try and win Le Mans – and you still won't.

"Sure, I still want to win it but the desperation to have something on your CV that says 'it was all worth it', well I've done it. Winning that big race in June is the 'target' but you can't target to win Le Mans, you just stumble across it – being in the right place at the right time."
Tags
Read Full Story