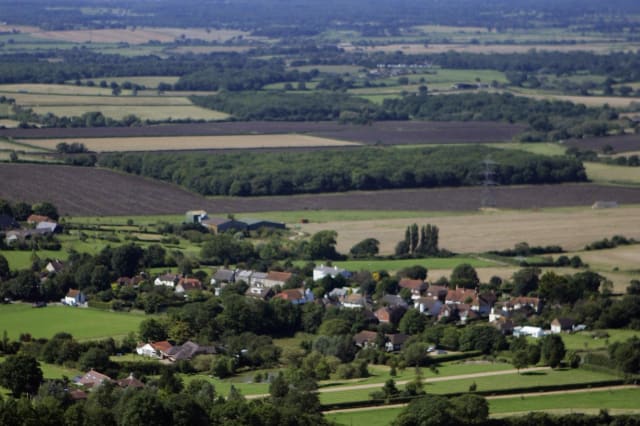 An area near Gatwick airport could hold more oil than the North Sea, according to an exploration firm that's been drilling in the region - as much as 100 billion barrels.

Oil and Gas Investments (UKOG) says that the Horse Hill-1 well in the Weald Basin holds 158 million barrels per square mile. The North Sea has produced about 45 billion barrels over the last 40 years.

"Drilling the deepest well in the basin in 30 years, together with the ability to use concepts, techniques and technology unavailable in the 1980s, has provided new cutting-edge data and interpretations to comprehensively change the understanding of the area's potential oil resources," says UKOG CEO Stephen Sanderson.

"As a result, we believe that, in addition to the Portland Sandstone oil discovery, the Horse Hill well has discovered a possible world class potential resource."

However, not all the oil will be recoverable, with UKOG estimating that it should be able to harvest around 3 to 15%, based on the geology of the region, which is similar to oilfields in the US and West Siberia. This, though, still means that the area could supply between 10 and 30% of the UK's oil by 2030.

The Weald, which spans parts of Kent, Sussex, Surrey and Hampshire, is already home to around a dozen oil production sites, and has been flagged up by the British Geological Survey as containing shale oil resources of between 2.2 and 8.5 billion barrels.

But this latest find, says UKOG, can be accessed without fracking - pumping water, sand and chemicals into the rock at high pressure - as the oil is contained in rocks that are already naturally fractured.

Last year, Cuadrilla faced protests after carrying out exploratory drilling at nearby Balcombe, although the company has since said it has no plans for fracking at the site.

UKOG has an interest of a little over a fifth in the Horse Hill site; shares in the company more than quadrupled in value following the announcement.