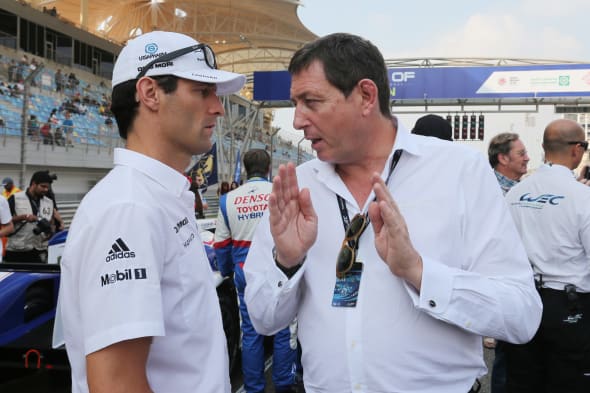 With 31 entries and 87 drivers lining up for the 6 Hours of Silverstone, the stage is set for an impressive opening race in the 2015 World Endurance Championship this weekend.

Although it's only entering its fourth year as a fully-fledged FIA championship, the WEC has quickly made its mark and developed into a well-established racing series that is attracting a high calibre of manufacturer, team and driver alike, providing the CEO Gerard Neveu with much satisfaction as he continues to drive forward his vision for the championship.

"The value and quality of the paddock is amazing," an enthusiastic Neveu told AOL Cars, whilst adding that the championship is built on an-already successful heritage.

"The teams involved... in LMP1 Toyota, Porsche Audi have made incredible jobs in the last two years especially with hybrid technology. But in LMP2 also there is an incredibly successful grid and the same for the GT programmes

"This championship has grown up very quickly. It's not really new though, it's more a wake-up of the old sportscar championship. We have woken up some value," the WEC boss said

It's a far cry from the championship's difficult birth when it suffered a huge setback before a wheel had even turned and which Neveu described as "a disaster".

Peugeot and Audi were the two manufacturers competing in the brief period of the Intercontinental Le Mans Cup and the French team was keen for that series to become an FIA-backed world championship. However, after all the preparations and the organising was completed, Peugeot pulled out leaving a very big hole that needed filling - and fast.

Fortunately, Toyota stepped up to the plate quicker than they had planned to give Audi some competition before Porsche returned in 2014 while Nissan will be back this year to complete an intriguing LMP1 category class. Meanwhile, the privateer-based LMP2 category boasts its biggest field in years and the GT once again includes fan favourites from the likes of Aston Martin, Ferrari, Porsche and Corvette. 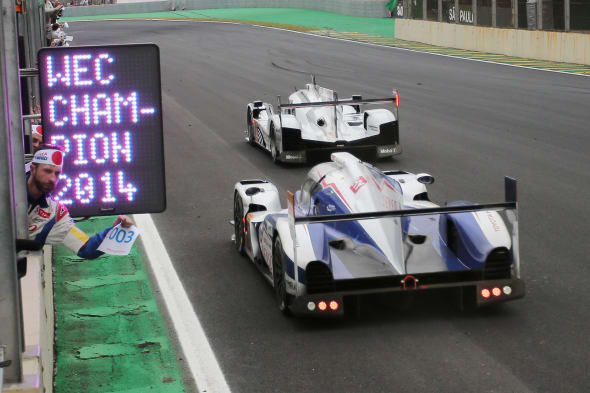 And with 29 of the 35 full season entries at the Prologue test two weeks before Silverstone race there was much to look forward to for the organisers as well as the teams who were able to see how they matched up to their rivals at the Paul Ricard circuit in France.

Neveu believes the Prologue plays an important role in the championship and not just for the teams and drivers but also for the media and fans.

"The Prologue has become an important and integral part of the WEC calendar. It is the first opportunity for all the competitors to test themselves against their rivals on a level playing field," he commented.

Fans were welcomed to the circuit at Le Castellet for the second day's testing and around 10,000 took up the opportunity and were free to mingle in the paddock amongst the teams who made them welcome. With another 2,000 ticket holders looking forward to a free pitwalk at Silverstone, the WEC is demonstrating an openness with fans who may find themselves shut out or severely restricted at other major races.

As well as its fan-friendly approach, the WEC has established itself as the most technologically forward thinking world championship. With its different engine technologies that give teams a broad remit, the WEC has positioned itself as the leading innovator in motorsport. Manufacturers have quickly picked up on this and seen how their sportscar and road car programmes can work alongside each other. Beyond the technology, the championship has shown a willingness to reject outdated traditions as the decision to abandon grid girls demonstrated.

Neveu believes that the success of the WEC has come from the combination of new and old, from being able to provide a strong platform to develop the right technical and sporting rules and balance it with the heritage that comes from previous sportscar championships and the race that launched endurance racing - the Le Mans 24 Hours.

"That combination has provided a very successful championship at the right time."

This brings Neveu to another major part of his WEC manifesto - of looking forward and encouraging young and aspiring drivers to consider a future in sportscars as a viable and credible career choice rather than seeking the holy grail of a seat in Formula 1.

When you have fantastic manufacturers who are providing a sporting programme with a very good car, you attract the right drivers with the right experience," Neveu said.

"A couple of years ago the only ambition for any driver was F1... but now if you propose him an LMP programme, he will immediately say yes. That is the big difference now.

"There are more and more young drivers interested," Neveu continued. "We have received such a lot of requests from drivers asking if we can connect them with manufacturers or teams."

Nissan are the latest to bolster the LMP1 ranks but will not be competing until Le Mans in June after their GT-R LM NISMO failed to be homologated in time for Silverstone but that delay doesn't unduly concern the WEC boss who has his focus set firmly further ahead and recalls how far and how quickly another Japanese manufacturer has progressed.

"I remember very well three years ago when Toyota arrived, they were late," Neveu said.

"They were not on the grid at the beginning of the season and people were asking me 'are you sure they will arrive?'.

"They are world champion now."

The World Endurance Championship begins this weekend with the 6 Hours of Silverstone.