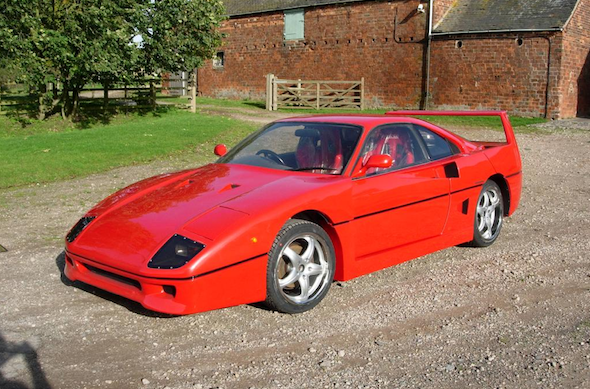 With six figure price tags and running costs to rival light aircraft, most top-flight supercars are, sadly, out of the reach of all but the lucky few. Thankfully, car enthusiasts with more modest budgets can at least get a taste of exotica with an increasing number of supercar replica kits.
A word of warning, however: If you're going to go down the road of dressing up a humble runabout as an Italian thoroughbred, you really need to do a good job of it, otherwise the game's up before you've started – as is the case with this Ferrari F40 replica currently for sale on Autotrader.

This rather-less-than-faithful-fake is based on a Toyota MR2 – a common donor car for Ferrari replicas – though rather than stick to the more compact (and more believable) shape of the Ferrari 355, this chap is aiming to convince other road users that he's in possession of one of the marque's rarest and most celebrated models. 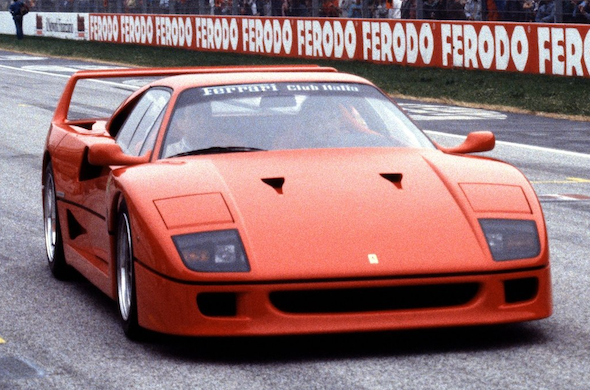 Never mind that it's far too narrow and short to be a real F40, onlookers are sure to be fooled by the tiny wheels and exhaust pipes, right? At least the scarlet bucket seats are a more passable representation of the racy pews found in the £500,000+ icon.

The £11,000 asking price is quite steep for what is a 2005 Toyota with 60,000 miles on the clock. But, if your neighbours are particularly myopic then this could be the car for you to impress them with. It's red and everything.

This Ferrari F40 replica isn't fooling anyone
Up Next