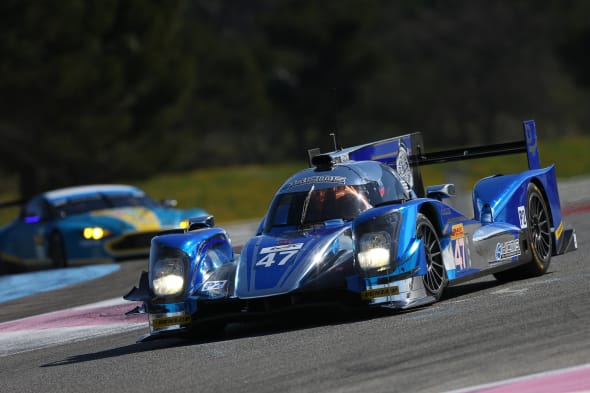 Most racing drivers single-mindedly focus on the job in hand on race day but there's one man who could be forgiven for having split loyalties at the 6 Hours of Silverstone in just under two weeks' time.

Whilst Nick Tandy will make his LMP2 debut at the Northamptonshire track in the opening round of the World Endurance Championship with KCMG he may slip the odd glance at his other team-mates from Porsche Motorsport LMP1 team with whom he'll soon be racing.
The 30-year-old is one of British motorsport's familiar and successful faces, having impressed in many series since early beginnings in ministox nearly 20 years ago, culminating in his elevation to the factory Porsche squad last year and a seat with the LMP1 WEC programme for Spa and Le Mans in 2015.

He was originally slated to start with the Hong Kong-based KCMG team after his two races with Porsche but Tandy will feature in the full WEC championship after pushing for a start at Silverstone, one of his most favoured circuits.

"The original plan was to run with this team after Le Mans, after I'd finished with Porsche, but it became an option to do Silverstone," the former Porsche Carrera Cup Deutschland Champion told AOL Cars during the WEC Prologue at Le Castellet.

"And because it's my home race and one of my favourite tracks, I took the opportunity.

"I love the whole thing about Silverstone. It's my local circuit and it's somewhere my friends and family can come and watch me race. As for the circuit itself, it's often still seen as a fast flowing track around an old airfield but the changes have made a difference. One of my favourite parts is the new section around Farm, which is more twisty and where time can easily be won or lost. It's a challenge."

It may well be more of a challenge than he expects as KCMG is running with a completely new car. The Nissan powered Oreca 05 is the latest model from the French manufacturer and an unknown quantity as the team discovered at the Paul Ricard circuit in the south of France. 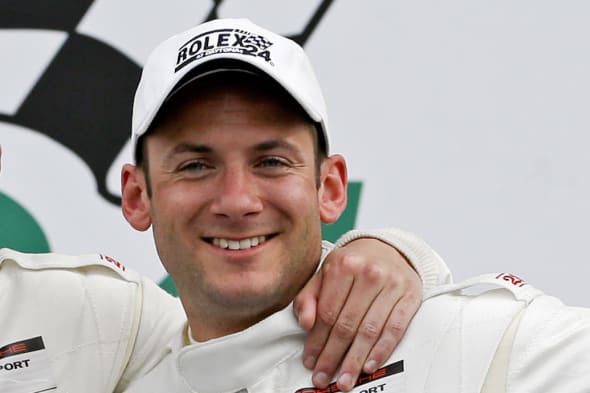 Testing improved as the first day went on but the second was hampered initially by a mechanical issue and then with a wayward window on the coupe which resulted in just six laps completed but as the former Supercup driver remarked: "That's why we're testing."

Tandy, who won the Rolex 24 at Daytona with Porsche North America last year, is one-third of a strong driver line-up at KCMG, partnering Matt Howson and Richard Bradley who ended a successful 2014 WEC campaign as runners-up in LMP2, taking three class wins in the last five races in the process.

With LMP2 boasting its biggest and strongest field in some years, that experience and quality will be crucial over the eight races that make up the WEC and which as it enters its fourth year is generating more and more interest from drivers, teams and fans alike.

Although the Oreca 05 is presenting Tandy and his team-mates with a steep learning curve, he still sees Silverstone as an opportunity rather than a worry.

"Absolutely the plan is to go there and win. Even though it's a new car and it's the first round and we're not as prepared as we would like to be. If I didn't think that we had a decent chance of running competitively, I wouldn't have pushed to do it.

"[Paul Ricard] is the first real test we've had this year. It's a brand new car which the team has got, there have been a few teething issues which is normal but when it's running well the car feels really good, which is very promising.

"It's also been very fast compared to the opposition which straight out of the box is a good sign for the season. When we can iron out the small issues and if it runs reliably we should be competitive.

"I haven't done many laps but the night session run was good. It was at that point we set the fastest lap time of the weekend so far."

"I think it's great, the more cars the better," Tandy smiled.

"When I'm racing in LMP1, I'd like to have a whole field of LMP1 cars, when I'm in GTE, I want more GTE cars to fight against. Obviously it's nice to win but if you win against a few cars it doesn't mean as much as when there's a big field.

"So, it's great that there's good competition and it shows the championship is growing year on year which is exciting for anyone involved in the sport."