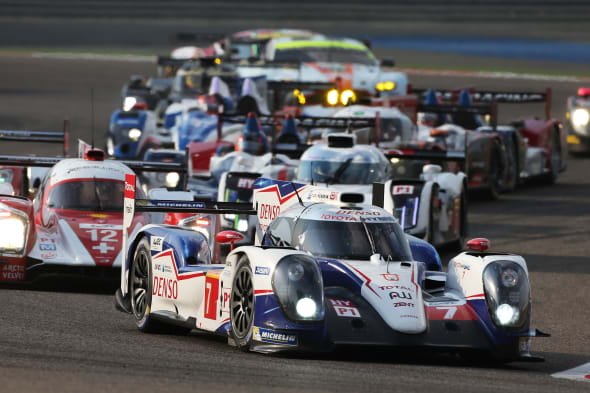 PA
More young drivers could reap the rewards from the World Endurance Championship rookie test after it was disclosed that all categories will offer tests, AOL Cars can reveal.

WEC boss Gerard Neveu exclusively confirmed the move in an interview with AOL Cars at the Paul Ricard circuit during the Prologue weekend for the 2015 season that begins at Silverstone on 12 April.
Neveu said the previously unconfirmed test, which had been included in the new regulations, would definitely go ahead after the final race of the year following agreement with the ACO, the governing body of the Le Mans 24 Hours, and that it will not be confined to the leading LMP1 prototype teams but will run throughout the WEC field.

"There are more and more young drivers interested [in WEC]," Neveu told AOL Cars. "We have received such a lot of requests from drivers asking if we can connect them with manufacturers or teams.

"There is real interest and for this reason we have decided with the ACO to provide a rookie test day at the end of the season after the last race in Bahrain.

"All the LMP1 teams have made the commitment to run a new young LMP2 driver to give them the opportunity to possibly join their LMP1 programme - if their performance is good. This is very important for the future of the championship."

The regulations for 2015 had specified that the test would be 'mandatory for competitors entered in the FIA World Endurance Manufacturers' Championship with at least one car' which essentially meant Audi, Toyota, Porsche and Nissan.

However, Neveu said that once the LMP1 teams had agreed to run promising LMP2 drivers, the LMP2 and GT teams also committed to the event which could see "performing" drivers or those "making a noise" from other championships and series taking part.

The test will be held on 22 November, the day after the 6 Hours of Bahrain. As that race is held on the Saturday of the weekend, the Sunday provides an ideal opportunity for teams to run the test before the season wraps up.

The WEC has fast become a credible and viable opportunity for drivers who may previously have set their sights solely on a single seater career in Formula 1 and Neveu pointed to Porsche's Brendon Hartley and Toyota's Mike Conway as two examples of top-class drivers who are enjoying successful careers in prototype racing.

"When you have fantastic manufacturers who are providing a sporting programme with a very good car, you attract the right drivers with the right experience," Neveu said.

"A couple of years ago the only ambition for any driver was F1... but now if you propose him an LMP programme, he will immediately say yes. That is the big difference now."
Tags
Read Full Story