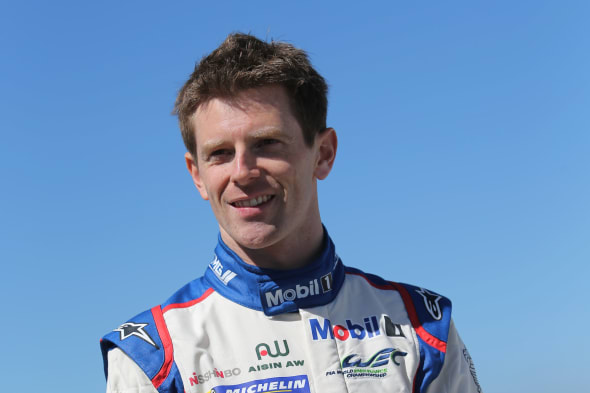 World Endurance Champion Anthony Davidson has praised the hard work of Jeremy Clarkson after the Top Gear presenter was sacked for punching the show's producer.

The Toyota Racing team driver and self-confessed Top Gear fan who as a pundit on Sky Sports F1 is no stranger to TV nor to working with the former BBC man if you recall or maybe even bought a certain DVD from 2009.

"Yes, I've worked with Jeremy before," Davidson told AOL Cars when we spoke to him at the WEC Prologue at the Paul Ricard Circuit in the south of France ahead of the season opener at Silverstone on 12 April.

"I did one of his DVDs called The Duel. It was good fun and from what I saw he was a bloody hard worker. He's impressive, he wrote a lot of the script himself."

The sportscar ace wasn't the only celebrity recruited by Clarkson for the show but he is still probably the only Formula 1 driver to have ever been asked to try and slide an Audi R8 whilst wearing ice skates.

And having been involved in making TV shows, Davidsion had some empathy for his former ice skating mentor.

"I know the TV business, you have to make it a show. You're going to be marmite, really. You put yourself out here, you have to take the flak and have a thick enough skin to deal with it."

Stopping short of saying whether or not it was a shame Clarkson had gone from one of the BBC's flagship brands, the 35-year-old looked forward to what may yet come from the man who, along with James May and Richard Hammond, had been at the helm of Top Gear since 2002.

"You can't have a product as big as that for it to just disappear, I'm sure. It'll be interesting to see what he does next. As tongue in cheek as it was and if you accepted it as that, I thought some of the stuff they did was clever; obviously controversial at times but that's how you get people talking about you.

"It was spectacular and set the bar very high. I really enjoyed watching it."

Whatever the colourful presenter decides to do next, he could always take this advice from arch-nemesis Piers Morgan.