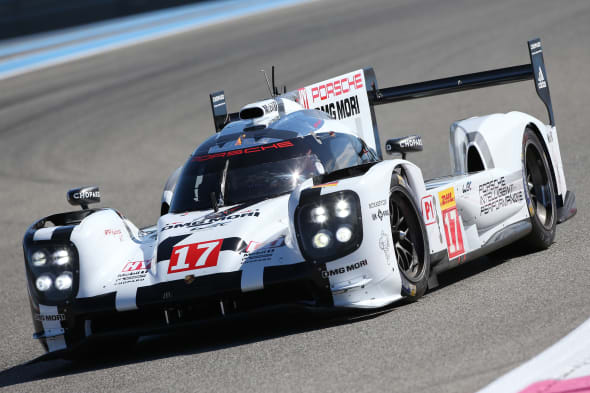 PA
Mark Webber's Porsche team left the Paul Ricard circuit top of the timings after the World Endurance Championship Prologue but knows there will be a tough season ahead.

The Stuttgart team is only in its second season in prototype racing after a long absence and faces another challenging year competing against long-termers Audi and the current world champions, Toyota.

That didn't stop Webber and his team-mates from dominating the group test in the south of France ahead of the championship opener at Silverstone on 12 April. Each of the five sessions over the two days resulted in a 919 Hybrid topping the timings, with the Australian's #17 car fastest for one of those.

However, in spite of Porsche's obvious progress from 2014 - "very much an improvement on last year's car" - Webber wasn't convinced that Audi and Toyota had showed their full hands and it was difficult to compare until racing begins next month.

"I don't think they've got involved," he told reporters. "We saw a bit of Audi in the long runs, that was quite ominous. The gloves are slowly coming off."

Webber was clearly pleased with the weight of the new car, joking that "she's on a nice diet" but the former F1 driver was also happy with the aerodynamics, the reliability and the driveability of this year's 919.

"Last year we were very shaky at the first part of the season but 12 months later we are more confident in that area. That's been reflected in 12 months of hard work.

"This is a really hard category to crack, it's easy to look average. One small thing and you look like you're not organised. It's a really demanding category for the manufacturer to get right.

"Given the pace now that the cars are going, the intensity of the speed is so high. Also the cars have to be strong so it's been a fascinating battle between the manufacturers."

Asked whether or not it was too much of an ask to win Le Mans this year (Porsche were within two hours of victory before problems struck in 2014) Webber pointed to an obvious barrier - Audi.

"We want to win more than last year, that's obvious but Audi are still in good shape, particularly for Le Mans... those guys have so much information on that. They've been extremely robust when it comes to the 24 Hours of Le Mans - and you can't buy that at Tesco's.

"Last year was a brilliant effort, everyone was blown away with it, it was a great return for Porsche but we need to get champagne at least and then maybe you have a chance to grab the middle step."
Tags
Read Full Story